Neurologic. The aim of this very readable book of Eliezer Sternberg is to explain how the brain acts while you do irrational things. 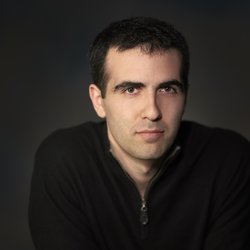 Sternberg, who works at Yale-New Haven Hospital, has a big agenda. In his book he wants to explain:

The book starts with a quote of Jung: “In all chaos there is a cosmos, in all disorder a secret order”. This raised my hope that Sternberg would attribute dreams to something more than “neurological chatter of the brain” a standpoint that most neurologists hold dear. Unfortunately I could not catch Eliezer on making that kind of bold claims in his book. But his book is definitely worth reading. In several chapters he talks about the neurological research into dreams and dreaming.

When I was at University, I fell in love with neurology. Because it changed the way I perceived the world. Literally, when I took the bus to University and I looked at people. I imagined how their nerves were firing and how their brains would respond. I was utterly surprised when the smartest kid in class asked why on earth a psychologist should learn about neurology. I thought (and still think) psychology equals neurology.

The quote of Jung had me anticipating some profound academic research into the neurology of dreams. Sternberg shares some interesting stories. He asks us, his readers, questions, and then sums up research to answer them. Sometimes it was not quite clear to me to what research he was referring to. That has to do with my rather time-consuming habit of trying to understand what I read. I usually dig up the research that is mentioned on various internet databases. But Sternberg has some really interesting stories to tell about the neurologic of dreams.

In chapter one about perception, he wants to know if people who are born blind see pictures in their dreams. “The sleeping brain is a master storyteller, and that power emerges from its unique environment“. Eliezer, I could not agree with you more. It was the most important statement of my last presentation about dreams. The neural pathways makes new connections in the night, that get interpreted into stories. That sounds very reasonable and logic. Mind you, I would have liked some referrals to research here. But maybe it is just a common understanding among neurologists.

In the brainstem there is the on/off switch for dreaming. It reacts on light. That is why, hen you have trouble sleeping, you should turn out lights and let the dark do its work. Now Sternberg introduces several syndromes: Anton’s syndrome: somebody is blind but does not realise it and Charles Bonnet syndrome: you see things that are not there to explain how neurological pathways can be taken over by other organs. The Thalamus, the brains control board does not know what organ a signal originates from, but the brain interprets it a certain way. it creates the best stories. Dreams are stories created from neurological chatter at night.

Do you know the story of Kenneth Parks? One night he woke up with his hands covered in blood and discovered a bloody knife in his car. He had this agonizing feeling that something terrible had happened. He started the car and drove to the police and turned himself in.

Kenneth Parks was a chronic sleepwalker. In his sleep he had killed his mother in law. He had stepped into his car, drove 23 kilometers, or 14 miles, entered the home of his in-laws, killed his mother in law and had no conscious memory of it. (If you are worried you can take a sleepwalking test ).  He did not get convicted. He and his wife divorced because of his gambling problems later on.

Now I know what you are going to say. Sleepwalking is associated with low wave sleep, not with Rem sleep. But we have known for quite a while that dreams are happening in other Non rem sleep as well. Those dreams are fragmented. But unfortunately, the book does not touches upon the case of Scott Falater. This guy had the same problem. He was a known sleep-walker. He murdered his wife while sleep walking. So he claims, He had the same expert witness in his trial: neurologist Roger Broughton. But he got convicted. If Eliezer Sternberg could do me the one big favor to shine his light on this question I would be very grateful. In my eyes, it is the fact that Ken Parker immediately turned himself in, while Scott spent some time cleaning his murder weapon after the killing.

You will definitely do yourself a favor if you buy this book. It is easy to read. Enjoyable, because I always ask questions while reading a book and having a writer ask that question for me was a relieve and a challenge.
There is huge scale of subjects that Sternberg writes about in an easy to digest way. The subjects about visualization and sports are very interesting, the question “can you remember something that never happened” is a vital one for any man to search answers to just as Can we by hypnotized to commit a murder? (Remember Derren Brown?) and last but not least our own identity: finding oneself. In the words of Eliezer Sternberg: “Where exactly am I in the Brain? Human identity cannot be pinpointed at in the brain. It emerges from the cooperation of many brain regions and processes”. And so, even in the eyes of a knowledgeable neurologist, we are the children of magic.

1 thought on “Neurologic: understanding more of you and your world”