Come and join us in a new dreaming adventure centered around the Holy Night.
In this time of year, the veil between the realms of being is thin. Dreaming about the year that lies ahead is, according to ancient believe, probable. If you join Mindfunda you get access to a restricted area of this website, each day you will find a new incubation. On this website you can share your dreams with others and share this unique experience.

Since the beginning of this century, I started to notice something peculiar. The dreams I remembered at the end of a year were special. More intense. And they had a predictive quality. I asked around if other dreamers had a similar experience. unfortunately, nobody had.

One day I got a mail from Aad van Ouwerkerk. Aad is a man who dedicated a great part of his life to dreaming. In that mail, a pr-mail for his new year of training about dreams, he refered to the period of December 24 – January 6th as the holy nights. He and his lady Hannah van der Borst had spent their holy nights meditating and incubating dreams in a foreign country, warm and nice. 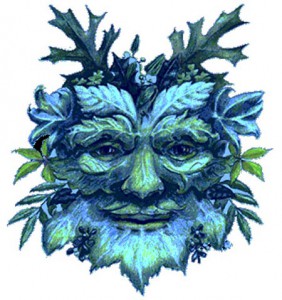 That gave me the affirmation I needed to trust my dreams. I assumed that I was susceptible on picking up on the energy surrounding the earth in the time the light is reborn.  I discovered that Rudolf Steiner had written a lecture about the holy nights called: “The birth of the sun-spirit of the earth“. In this lecture he talks about the sphere on earth during those dark days surrounding the solstice:

“Many a seer — either schooled in the mysteries of the modern age or possessing inherited powers of clairvoyance — makes it evident to us that at the darkest point of the winter solstice the soul can have vision of all that man must undergo because of his alienation from the Christ Spirit, how adjustment and catharsis were made possible through the Mystery enacted in the Baptism by John in the Jordan and then through the Mystery of Golgotha, and how the visions during the Thirteen Nights are crowned on the 6th of January by the Christ Imagination. Thus it is correct to name the 6th of January as the day of Christ’s birth and these Thirteen Nights as the time during which the powers of seership in the human soul discern and perceive what man must undergo through his life in the incarnations from Adam and Eve to the Mystery of Golgotha”.

Nights surrounding the holy night, had a special quality. In Steiner’s eyes, there is a shared knowledge among human beings about the birth of the light. Not only the light of the physical sun, but the spiritual light of the soul. And during this period, our innate powers of seership increase.

Holy night and the dream song

An old Norse legend, tells the story of Olaf Aleston, son of the earth. He falls asleep for thirteen nights: the holy night until January 6th.

His sleep was a spiritual adventure that opens him up to hear the chatter of the earth. During his sleep he encountered various misery and challenges that symbolize the spiritual awakening of the soul.

“And young and old they all gave heed,
To Olaf’s words they harkened
That told them of his dreams.
You have slept long indeed. . . .
Awaken now, O Olaf Åsteson!”

The dream song was (re)discovered in 1850, but seems to be the inheritance of ancient knowledge about the special quality of these 13 nights.

When I first started to write incubations for dreams during the holy night I was given permission by Brenda Ferrimani and Sherry Puricelli to use their website as platform. One of the most remarkable things that happened during those thirteen nights of dreaming was that in a dream a guy threw a stone to my head.
“It must have been Rudolf Steiner” (Rudolf Stone) we all concluded. Another year I combined the holy night dreaming with the 12 themes as described in Gongloff’s dream matrix. The next year I combined the incubations with my knowledge about how the moon is connected with dream content.

Would you like to be part of this experience?

To read incubations online, in a closed internet environment and exchange dreams? If you want it, you can get advice based on the “if it were my dream” approach. You get my (or another dreamers’) interpretation of your dream, as a gift for you to accept or reject. Your dreams are yours. No one but you can truly interpret them.
Participate and become a Mindfunda More Member. There is a one-time contribution to be paid with PayPal, a small amount of 10 dollar.