Six percent of the population regularly suffers from a nightmare. But a nightmare is a blessing in disguise. No other dream gives a dreamer such a strong impulse to act upon a dream. It is like a dream urges you to change your ways. Literally, or symbolically. 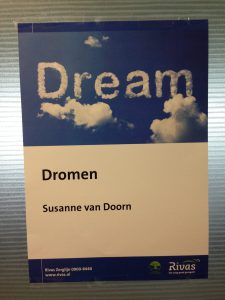 I was invited by the Dutch Rivas Organisation to give a presentation and a workshop about dreams and nightmares. An invitation I gladly accepted. I spent an evening listening to Professor Kerkhof, who was the main speaker for the evening. His expertise is Sleep and he works for the University of Amsterdam and the Sleep centre of The Hague. After his presentation, people gathered to visit several workshops. Here is a brief summary of my presentation that evening.

My name is Susanne van Doorn, I graduated at the University of Tilburg in psychology. After that I got a training at the Jungian Institute in Nijmegen to learn more about dreams. I am also an Orthomolecular therapist, someone who has knowledge about the relationship between food and health. I have two sites, a Dutch site Therapeut van Binnenuit and an English website Mindfunda. MindFunda deals with psychology, spirituality and neurology, and you can follow online courses on Mindfunda too. One course, Dreaming about the Brain is in line with the presentation you heard Professor Kerkhof give. It is a more scientific course about the neurology of dreaming. The other online course: Mindfunda Mythology is more in line with my presentation this evening and focusses on the questions a mythology answers. Who or what created the University and what is our place in it. I also wrote a book based on dream reports all over the world about loss and grieving called “The Dreamers Guide Through the Land of the deceased“; and translated “A theory about Dreams” from Russian psychiatrist Vasily Kasatkin.

Are you dreaming now?

There is a thin line between the waking and the dreaming state. Whenever I ask people if they are dreaming they are always certain they are awake. But how do you know that we are not together right now in a mutual dream?
When my father died, my brother and me had a peculiar experience. About a week before my father died I dreamed about painting the garage of the best friend of my brother white. My father and my brother were best friends. After my father died my brother told me the other part of my dream. He said to me: “I dreamed that I was in your town to visit a friend. I drove up to his garage. The door opened and our father came driving out, on his scooter. We hugged and kissed and we wanted to take off. And than he said: “we must not forget her” and he put you on the front of the bike, you were a little baby”.
This experience motivated me to a little experiment. I gathered 30 dreamers. Paired them up in 15 couples. One was the sender, one was the receiver. The senders got 15 different gifts. The gifts were things like a flower, a shelf or a tarot card. Several people were able to connect. You can read all about it in my free Ebook.

There are four clues you have if you want to determine if you are dreaming.
The first clue is your memory. Is it easy for you to remember what you did before? If the answer is yes, you are probably awake.
The second clue is your hands. Your hands are always with you. If you make it a habit to look at your hands regularly and ask yourself if you are dreaming it will become a habit. In your dreams your hands look different.
The third clue is looking at your watch two times. If the time displayed on your watch the second glance is different, you are probably dreaming.
The fourth clue is to turn on the light. In a dream that does not work.

Now that we have established that we are not dreaming, I want to tell you what your mind does when you fall asleep. The sleep cycle is dived into five stages. 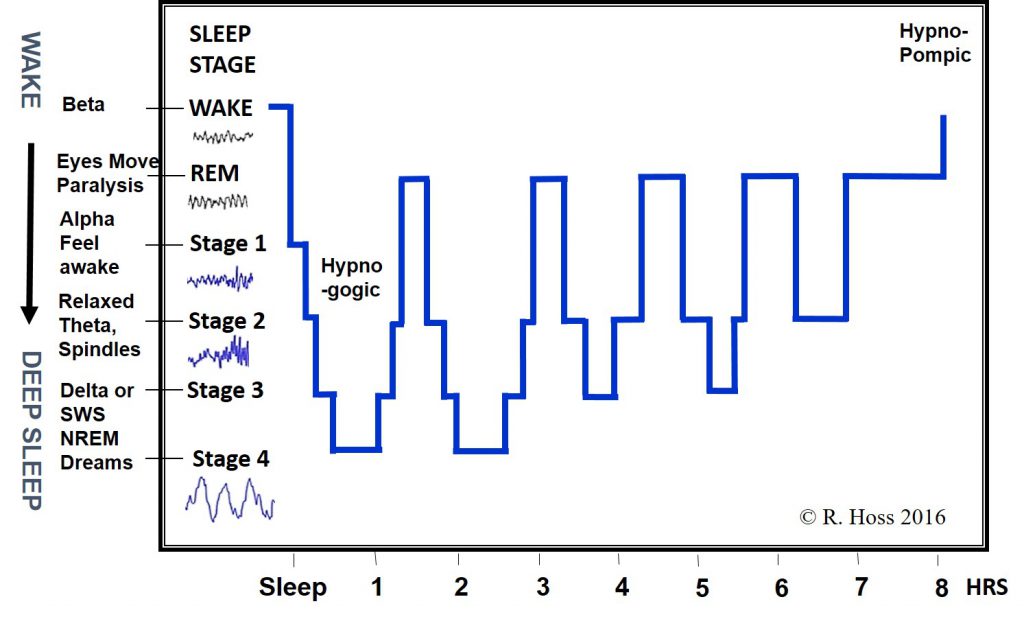 Thanks to Robert Hoss for the image

Kenneth Parks did act out his dream. Kenneth Parks had a problem. He was a gambler. And because of his gambling addiction he was in debt. He had stolen money from the company he worked to pay off these debts. The company found out and fired him. He confessed to his wife and a big argument followed and Kenneth spent the night on the couch. In sleep stage two, Kenneth got up, got in his car and drove to his parents in law. He rang the doorbell and slaughtered his mother in law and tried to strangle his father in law. He left the house, got in his car and woke up, looking at a bloody knife. He knew something terrible had happened. He drove to the police station and turned himself in. He was found not guilty. His family had a history of sleep walking. His niece was found in a park one day, also late at night. And he had no motive. He had found his wife on the street and reunited her with her parents. They adored him.

This the line between waking and dreaming has been the inspiration of the mother of all the horror films: Nightmare on Elm Street. I will use the trailer of this film to discuss archetypes. Archetypes, images that we all recognize are used in films, plays, stories and in dreams. The story is about Freddy Krueger, a man we love to hate. He murdered children. The parents of the children hunt him down and drive him to the place where he committed his crimes. They burn the place down. Freddy returns in the dreams of the children of the murders. Falling asleep puts their live at risk.
It is hard to decide if the film is a dream or a story happening in waking reality.

The heroine of the story is a girl named Kristen Parker. Like we are going to do in a few minutes, she has the ability to get dream material into the waking world. 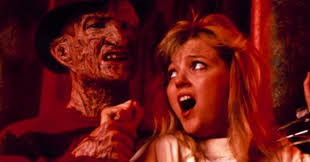 We are also going to look at dreams and ask ourselves how this dream material connects with our waking live. We are dream warriors like Kirsten Parker. In any nightmare

Whenever there is a hero, death is around the corner. Death is a transformation. the hero needs to sacrifice him or herself for the good of the society. How can you tell if death in a nightmare is a warning for an upcomming danger or an urge for a symbolic change? If there are things in your nightmare that you recognise out of your waking life.  American President Abraham Lincoln for example, had a terrifying dream before he was shot to death. In his dream he was walking around the White House. Everyone around him was grieving. He asked to see who was death and he was taken to a room where he saw himself in his coffin. After this dream, Lincoln was alerted and asked for protection. Unfortunately, at the night of his death, he was guarded by a police officer who was alcoholic. The police officer was in the pub when Lincoln got shot during the break of the play he was visiting.

The way to deal with most nightmares is to give them a better ending. Write a better ending, visualize it and keep it in your mind when you fall asleep. Be aware of things in your nightmare that you literally recognise out of your waking life. Recent research of Schredl, Stumbryss and Erlacher has suggested that mindfullness can help reduce nightmares.