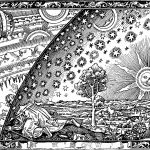 Valentines day Mindfunda Thought: your brain is in love on Valentine’s Day

Valentines Day Mindfunda Thought:  You're in love, that means your brain is in love. What does love in the brain look like? Let's explore:  Valentines day, your brain in love. On ...
Read More

Looking for original Valentine Day gifts ideas for your loved one? First you might want to know what the origin of Valentine's Day (as it is often written) is. Well, at ...
Read More