Being raised as a Catholic I was always taught that conversion was a gentle process to help people to get their souls saved. Believing in one god was the highest thing, and the only thing that could bring salvation.

Susan Jacoby shows, in her book Strange Gods, A Secular History of Conversion, that conversion is a systemic way of thinking. The book is constructed in a logical, historical manner. It starts with a very personal prologue, where Susan Jacoby explains how she has personally searched for a believe that fitted. Being raised in a very religious family (like I was) made her question the things she was taught to believe. I recognize that. When I started reading the bible I could not believe that you could voluntarily believe in a god that had asked a man to sacrifice his only son. That seemed incredibly cruel to me. And mind you, I was a child when I read it, so I started to feel a bit unsafe…

The book takes you through various time-spans and shows you how -given the time, the culture and the underlying assumptions within them- conversion was always a cultural process. “For all of the converts between the wars-whatever direction or directions they took-the changes of faith were central to their lives. “The mark of the Faith is not tradition: it is conversion,” Chesterson asserts”. (Stange Gods p. 352).

While reading the book I immediately thought about the gap between science and religion. In a film called the Unbelievers, you can see how Richard Dawkins publicly humiliates a bishop. The public starts laughing and Dawkins lents back in his chair, satisfied that he has saved another soul for the “true belief”of science. The only believe that challenges you to reserach your own hypothesis and reject them when they are prooven wrong. The contempt for anyone who thinks in a different way is almost touchable in this film. 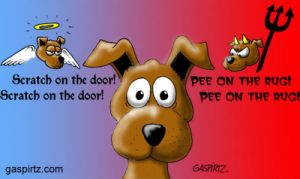 Ever since I saw that film I am more than ever convinced that science is the new religion. Scientists, the ones that are flamboyant and erudite, like Michio Kaku for example, or Stephen Hawkins are the new high priests. They have -like the church in the old days- the foreign language you most make an effort to understand, unwritten laws and unseen hierarchies.

One of the worries of my father, who was raised two generations ago, was that while people lost their believe, their souls would be lost forever. This genuine concern for one’s eternal well being is not very common in the world today among catholics. And maybe it is for the best. Because there are still conversions going on… And that reveals the dark part of our modern society.

“James Foley, an American journalist, beheaded in Syria by ISIS in 2014, was by all accounts a devout Catholic before taken hostage in the Middle East. After the gruesome video of this execution was released, some of his former fellow captives, released for ransom, said that Foley had converted to Islam during his imprisonment and that his conversion appeared to be a genuine change of faith. But his mother, Diane Foley-a Eurharistic minister ar the family’s parish church in New Hampshire said that if he converted he would be given time to prey five times a day without being beaten.“

This book is not about the cruel middle ages. It is still very relevant to make yourself aware of the power entangled with religion. The liberty to choose any religion as well as no religion at all is a sign of civilization and liberty.

Check out my new online courses on Mindfunda