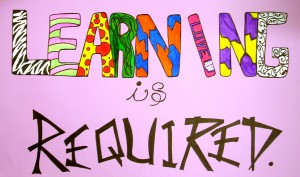 Online courses are the most convenient way to keep learning. In your own time, at your own convenience. In your pajamas with a cup of coffee, or when your housemates are away so you have some peace and quite. Mindfunda proudly presents two online courses about dreaming.

Online courses are good for your health

Research shows that learning has some profound positive benefits:  “There are good reasons for considering well-being to be among the most important outcomes of adult learning, at least in its significance for the wider community as well as for learners themselves. It is not just that well-being is desirable in itself; it also has further consequences, not least for learning. For learners, a positive outlook on the future and a sense of one’s ability to take charge of one’s life are indispensable to further, continuing successful learning. Well-being is also associated with better health, higher levels of social and civic engagement, and greater resilience in the face of external crises.” (Cooper et al 2010).

Feinstein and Hammond also found positive effects for your mental well-being: they used the 1958 cohort survey to compare changes in the health behaviours of learners and non-learners between the ages of 33 and 42, showing that participation in learning had positive effects interms of smoking cessation and exercise taken. The same authors also found a growth in self-ratedhealth among those who participated in learning as compared with adults who did not (Feinsteinand Hammond 2004, Hammond and Feinstein 2006). 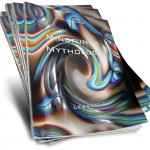 In dreaming there is a two-sided continuum. On the one side of the continuum there are the people who like the magic of dreams. They are story-tellers, mythologists, archetype-addicts, Jungian’s and psychologists. For them I have created the course Mindfunda Mythology. This course contains six lessons:

2. The Amazing Animal: the animal in mythology;

5. Mythology of the Trickster;

6. Mythology of the Grail: pulling out the sword.

Each lesson consists of approximately 20-30 A4’s, (letter type format) a little online book per lesson. You will get a lesson per week, and you have to make a quiz to unlock the next lesson. In the first lesson I will explore our current creation mythologies. The Genesis myth almost all of us grew up with and the current Big Bang myth. Not that I doubt the BIg Bang, but I would like to invite you to perceive it as a creation myth that has yet to be explored further. It is just as magical as the ancient stories of creation, suggesting a universe made out of more dimensions than the human eye can see.

The animal in mythology is known for its power. In the second lesson we will explore four animals: the bear and the serpent as companions of the goddess and the dog and the horse as companions of the hunter.
The concept of males and females, their archetypical qualities and downsides will be the subject of the third and fourth lesson. The Trickster, who does not know him, is the subject of the fifth lesson. This lesson invites you to look for and discover trickster parts in yourself and in the world around you. You probably, just as i have done for so long, only saw the trickster in others, so the question of how have I been a trickster might be a very stimulating one for your personal development. The final lesson is about what Carl Gustav Jung thought off as THE myth of te Western world. The grail myth. You will be asked to pull out your sword and look for the grail inside your soul.

ONLINE COURSES: Dreaming about the brain 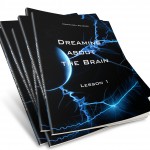 On the other side of the dream continuum are the researchers. They want to measure and analyze dreams. Or philosophize about them. But with the new advancement in neurology, this side of the continuum is juiced up. It has become hot. Neurology is the new psychology. The discoveries about the human psyche grow, day by day. This course also contains six lessons:

1. The Architecture of the Brain: here you will learn about the basic components of the brain. In the first chapter we will explore several “brain basics” like electricity, neurons, and the brain stem. In the second chapter, we will use the four lobes that structure the brain to inform you about their function.

2. The Big Dream Theories about the Brain: the Activation-Input-modulation (AIM model of Alan Hobson, The Neurocognitive model of Domhoff and the Psychodynamic model of Mark Solms.

3. Visualization, Dreaming and the Brain. What is this dreaming pathway and how does it deal with imagery? Does visualization play a role? How do blind people dream? These questions will be answered in this lesson.

4. Where is the “I” in the Brain? Can the concept of Self be pinpointed in the brain?

5. Religion and the Brain. Some say our brain is wired for religion. Religion used to be composed from dreams given by the divine.

6. Lucid Dreaming and the Brain. Some neurologists claim that Lucid dreams are no form of sleep but a mere sense of meditative consciousness. What does the latest research say about this?

The courses will go online April 1. Here you can subscribe on one of the Mindfunda Online courses.