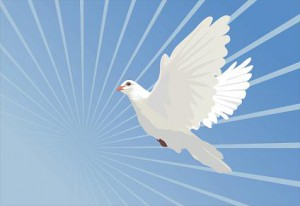 They flew high
They flew together
Over trees
And dry, dusty land.

They came back, some
After years, with water
Careful in their beaks
For those who had
Forgotten how to fly.

Today we remember World War 2.  In May 1940, when the Germans came marching into his hometown my father was only 14. He lived in a city near the German border. He was soon recruited to work as a volunteer in the hospital. This made him grow up fast. He never told us about his work, but I could tell that he saw some things not meant for a boys’ eyes.

My mother was 12 when World War 2 started. Her father worked as an instructor in Morse Code at the post office. In that capacity he was able to forge identity papers from his students to keep them from being drafted. My mother told me that it scared the hell out of him. Every time he did it, he called in sick to work and got into bed. Waiting for the Germans to come and ship him off. luckily, he always got away.

They where no hero’s but they did the best they could to survive. My grandfather even got knighted for his actions during World war 2. He was very proud of that.
Looking back at the family history I wonder what I inherited from those experiences. Could it be that my dreams that refer to Wotan are a reminder of what my parents have been through? Carl Jung wrote an essay on Wotan referring to the First World War, but I think it is applicable to World war 2 as well.

“What is more than curious – indeed, piquant to a degree – is that the ancient god of storm and frenzy, the long quiescent Wotan, should awake, like an extinct volcano, to new in a civilized country that supposed to have outgrown the Middle Ages…. Wotan is a restless wanderer who creates unrest and stirs up life, now here, now there, and works magic”.

I remember meeting the wanderer Wotan in my dreams. I remember being called by him in another dream where the storm was blowing. I think my parents, growing up in an environment taken over by Wotan picked up on this archetypical force and it changed their Dna like epigenetic reasearch has shown in the last decade.

Sharon Moalm wrote an intriguing book about it: Inheritance. I really recomment that you read it. You will understand more about yourself and your family tree.

We live in an age that makes us aware that what the things we eat, think and experience changes our brain, and even gets imprinted in our dan. Traumatic experiences get encrypted in our Dna and change the future of your offspring.