Lately I have been watching the series The Mentalist on Netflix. The show features a good-looking blond guy who drives (and there my heart melts because it is my favorite car ever) a DS. A Citroen. In America. How cool is that?

Watching the show I can’t help but notice some similarities with another very bright and rude characters: that of Gregory House and Sherlock Holmes in the series Elementary. All three men ar white and have women in their work that support them in the trouble that they have caused by being their brilliant self anti social self. Is this the the new hero?

The Mentalist as new Hero #1: a tragic past

Patrick Jane is a guy with a tragic past. His wife has been murdered by a serial killer named Red John. This villan is the motive that runs throughout the series. Only at the end of the seventh season does the mentalist capture and kill Red John. He did not grow up with loving parents either: his mother died young and his father abused his ability to manipulate people.

Gregory House is also a guy with a tragic past. His leg is acking and he can not use it anymore. House had an arterial embolism (blockage) which caused some of the tissue in his leg to die. He wanted one treatment that might have saved the legs tissue, but it was dangerous. His girlfriend at the time, allegedly the love of his life, overrode his decision while he was under anesthesia because she was worried about him dying. Just like the Mentalist he does not have a good relationship with his parents.

Sherlock Holmes in Elementary displays the same pattern. The hero needs to leave home to grow and become a better person. So the bad parents relationship is easy to comprehend. It is a necessity for the hero to leave the parents, go out and fight for a better society and return home.

The Mentalist as new hero #2: unavailable

Remeber the Greek myth of Orpheus, a man so deeply in love he went into the underworld to get his death wife? Hades was so touched by the music of Orpheus that allowed him to take her with him… unless he looked back… And the poor man could not help himself: he looked back and saw his beloved wife dissapear in smoke..

Our current hero’s are not motivated for ove. Patrick Jane, mentalist and widower for example, does not take off his wedding ring even though there are some clear romantic vibes going on between him and his female boss Lisbon who is also single.

Gregory House in the series House is a single guy who does not want to get married. He is as brilliant as he is rude and gets protection from a very attractive boss.

Sherlock Holmes in the series “Elementary” is an extremely intelligent white male with a very attractive assistant who lives in his house while he is not romantically involved with her… God knows why. He messes around with any other woman but the girl living under his roof does not get his attention. This is also a very old motive. Do you remember the series Moonlightning in the eighties? Cybill Sheperd and Bruce Willis flirted all the time but never became a couple. The hero has to be single. Married life would make him ordinary.

The Mentalist as new hero #3: Sherlock as archetype 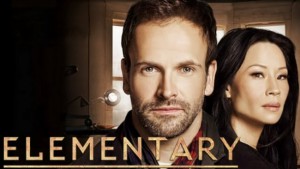 All three the series have Sherlock Holmes as archetype. A scientist. A brain on two legs. That is why they need the female protagonist so badly. We can laugh about -and even admire their brutal honesty. But we need, no,we crave for a female touch. And that is the reason why the title of this blog is The mentalist: the new hero. Only in this series there is a serious doubt that is cast on the power of the brain. In one of the episodes, Patrick Jane has to solve the murder of a lady who regularly consulted a medium. He thinks this medium is a scam artist, just like he has been. But at the end the medium tells him that his daughter dis not suffer because Red John murdered her before she was awake. This leaves him behind in tears.

At the last show, Patrick Jane marries Lisbon, and the journey has come to an end. The hero can not lead a normal life. Gregory House tried it once with his female protector and broke it off violently. 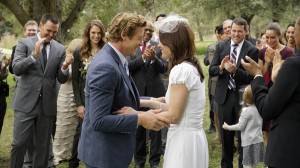 So I hope Jane and Lisbon will stay married and happy ever after.