This blog is about the anima, in Carl Jung’s eyes the soul.

We all have been there: in total darkness. Lost and alone, looking for a new way of life. A new way of being. Carl Jung began writing the Red Book on the verge of a nervous breakdown. Mindfunda looks at his search for the supreme meaning in five (easy) steps. Because this will be a long post I have divided it into five parts. By clicking on each part it will guide you to the step I am talking about.

This is a series of blogs about my proces of dreaming my way through the Red Book. I have divided it into five steps:

This blog will talk about the third step: Animus and anima dreams.

It was love that guided Carl Jung into his misery, into the darkness. But it was also in the darkness that he found the Mysterium.

“Liber Primus of Liber Novus concludes with what Jung called the Mysterium: his meeting with Elijah and Salome, culminating with his sacrificial transformation. Jung privately wrote of these experiences: “They are certainly not intended allegories; they have not been consciously contrived to depict experience in either veiled or even fantastic terms. Rather, they appeared as visions.”  This series of complex visions was the impetus to many subsequent comments about the Anima and Animus, Eros and Logos, and the mystery of their conjunction. This is the starting point for our evening’s discussion”.

Carl Jung was on the verge of a nervous breakdown for several reasons. He had recently broken with Freud. But he had also fallen deeply in love with Tony Wolff. A young intelligent girl who became his patient. And like all former lovers became a Jungian analyst herself. In the Red book Jung his anima is represented by the blind Salome. A devilish seductive woman who demands the head of the prophet. She is blind: Jung had yet to explore his feeling function more. Like a blind person explores the world by using other senses like touch and smell.

Tony Wolff became more than a lover: she kept Jung sane. He discussed his dreams with her, she was one of the few persona smart enough to argue with him. When she died he was heartbroken. He tried to publish her work but was unsuccessful in doing so. The search for the supreme meaning was the search for the heart. 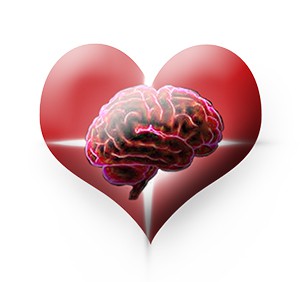 Carl Jung, being a man that made big decisions based on dreams decided to persue a relationship with Tony after he had this dream:

“In the dream I found myself in a magnificent Italian loggia with pillars, a marble floor and a marble balustrade. I was sitting on a gold Renaissance chair. in front of me was a table of rare beauty. It was made of green stone like emerald. There I sat, looking at a distance, for the loggia was set high up on the tower castle. My children were sitting at the table too.

Suddenly a white bird descended, a small sea gull or a dove. Gracefully came to rest on the table, and I signed the children to be still so that they would not frighten away the pretty white bird. Immediately, the dove was transformed into a little girl ], about eight years of age, with golden blond hair. She ran off with the children and played with them among the colonnades of the castle.

I remained lost in thought, musing about what i had just experienced. The little girl returned and tenderly placed her arms around my neck. Then she suddenly vanished, the dove was back and spoke in a human voice: “Only in the first hours of the night can I transform myself to a human being, while the male dove is busy with the twelve death”. then she flew off into the blue air and I awoke”.

When he was on the train seeing the blood he was on his way to pick up his wife and children after he had spent a lovers holliday with Tony in Italy. So now you can understand why the mountains of Switzerland grew higher to protect the country. The female principle in Jung got awakened…

Think back at the last time you were head over heels in love. How did it affect your dreams?

Maria picked up on Jung his dream about Tony seeing a seven year old girl with wings:
I am donating my blood. I am giving my blood as a direct transfusion from my body into another person’s – I can feel the blood leaving my body and entering into someone else’s body, yet I am the blood itself (feels like the 1st dream where I am the wavy lines / heartbeat of another, only I am the blood and feel the other person through “being” their blood).

Later I saw this person up and about / healthy and well – a little girl (7 or 8 years old) in a green and white dress.  I knew a transformation had taken place because at the ends of her braided pigtails were butterflies – butterfly clips / ornamental barrettes.

I had a dream about Maarten. When I was really young I was smitten, completely in love with a guy named Maarten. He never ever noticed me. But he wrote poetry. And he was artistic. He wanted to be a painter. It was enough to fuel my fantasies. He showed up in my dreams while I was reading the Red Book:

I am on a horse and wagon. Several people are inside, males and females. All of a sudden I see Maarten sitting there. I acknowledge him but he does not even look at me. I grin and enjoy the ride.
And that is what happened in waking life too. I moved on. I still smile when I think about the naive girl I was, hoping to get noticed by a guy who was busy with other stuff.

In the Red Book a transformation of animus anima takes place. Elijah is the first manifestation of the animus. Later on Jung’s animus becomes Philemon.

Were Elijah is a prophet, Philemon is a lover. His wife is Baucis. The couple has sheltered Mercury when he had no place to stay, without knowing who he was. Again here is the theme of the Red King: Mercury and Sulfur, a marriage between spirit and soul. Philemon is also the archetype of the old wise man. The magician is another animus archetype and Jung visited Philemon to learn more about magic…

Tim Schaming shared a dream about his anima visiting him in recurring dreams. Being trained in Romania people living there recognized the park were he was meeting this girl.

Finally, Maria Cernuto shares a dream that seems to picked up on Tony never having had children from the man she loved:

[…]I ask the lady of the house, “Didn’t you just see someone here and suddenly she is gone?” She reacts like she saw nothing and I am either kidding or nuts. Then I feel someone touch me forcefully on the shoulder, but no one else is in the kitchen. I ask aloud, “Is there a spirit here that wishes to communicate with me?” I hear / see nothing. I feel something is strange about this house and that the woman really knows what I am talking about.

The lady tells me she is suspicious of her husband having an affair. I find him later lying on the couch with another woman. I point this out to his wife. Suddenly, she is wearing a fancy, spiritual/religious type robe. She is holding a metal ball / silvery with raised wavy, sharp lines wrapped around it about the size of a softball – it hovers above her palm. She is facing a wall that becomes a web of light. She hurls the ball into the light as she utters some words. I see a bright flash of light emanate from the wall and envelope the robed lady – her hair blown back as it hits her. I realize I am witnessing a magical battle. This action causes the mistress to have a miscarriage. Blood appears on the white robe she is now wearing, and she doubles over in pain. The wife suddenly has a small, but visible bump on her belly. She said, “I couldn’t get pregnant because you stole my husband’s seed!” She is visibly angry and vengeful – it radiates from her eyes – through this magical act she becomes pregnant with her husbands baby / stealing the baby from the mistress’ womb.[…]