Joseph Campbell, renowned for his mythological works, did not have a chance to visit any part of Asia until his 40s, despite his strong, continuing interests in and attraction to Asian religions and cultures. Culture is a hard substance to grasp, whether it is an attempt by the insider (native) or by the outsider (foreigner).

Asian Journals: India and Japan is an edited version of his travel logs.  It was in 1954 that he finally embarked on this journey around the world.  Before, between and after his main destinations India and Japan, he also spent short time in the Middle East, South East Asia, Hawaii and California. 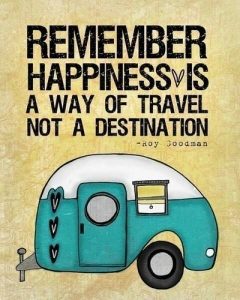 Like any journey you are exposed to new cultures his was not entirely an easy one either; although he had previously idealized Indian culture through its religions and spirituality, he was so disillusioned with its anti-Americanism and “Baksheesh complex” as he called it that he sustained some sort of mental injuries for a while – until somehow they were cured in Japan.

As a Japanese, I can be complimented by his implying that Japanese culture had such curative power – but to me it appears that one reason was that he finally finished working on Zimmer’s work that he grappled on for a good dozen of years.  Heinrich Zimmer was the scholar who influenced him most.  In short, he was freer in Japan.  His observation was that Japan was more open to westernization and that ancient Asian cultures were somehow better-preserved in this country.  He was rejoiced with both.

While in Japan he played with geisha, attended numerous theatrical performances (Noh, Kabuki, Bunraku, Takarazuka, among others), visited famous temples and shrines, met friends, scholars, and priests, and fiercely studied the Japanese language.

Perhaps thanks to his wife Jean Erdman, dancer/choreographer/professor, he had a deep perception of theatrical works.  Jean shared parts of his travel.

In this volume you can encounter Campbell as a prolific writer/scholar and experience how he generated his ideas and organized them.  While reading you will discover many seeds for his later works.
In fact, it was through this indispensable journey that he was able to transform from a professor in comparative religion to a mythologist.

One of the culminations of this journey was the visit to Todai-ji Temple in Nara, renowned for its Great Buddha of 54-foot height (Daibutsu).  Luckily he hit the very date of Manto-e, or Ten Thousand Lights Festival.

Then a centennial event, according to Campbell, this festival takes place every year in our time, but not in April when he attended but in August.  I could imagine how otherworldly awe-inspiring the Great Buddha was among numerous quivering lights.

It is these unforgetable moments that make people long for coming back to the same place, or leaving for another travel… He also joined Aoi-matsuri (Aoi Festival) in Kyoto and even engaged in a fire-walking on the occasion of Shinran’s (the founder of Shinshu sect) birthday celebration.

Like many Japanese I like to hear what foreigners think of our culture and country.  In that sense I was very satisfied with his voice from some 60 years ago.

But the world he depicted was a bit foreign to me as well – the travel from Tokyo to Kyoto which takes less than 3 hours now took him some 7 hours and 20 minutes (before the advent of our bullet train Shinkansen), and he strolled in towns where streetcars were running (this method of transportation disappeared around the time I was born).

Magically cultures and traditions survive even though they somewhat change, and I am thankful that this great man of culture and spirituality had a chance or two to visit my country.