Civil War soldiers had two things that helped them to survive the battlefields: imagination and dreams.

Author Wanda Burch, found a journal with letters from soldiers in Georgia. One of these letters said:

“soldier mortals would not survive if they were not blessed with the gift of imagination and the pictures of hope. The second angel of mercy is the night dream”.

The American Civil War (1861-1865) was, in my European eyes, a war between the old way of agricultural living (in the South) and the new industrial way of living (in the North).

Due to the television show “North and South” (in the Netherlands pronounced as Norse and Sauce, because for us it is quite difficult to pronounce the th correctly), I always thought it was about the genuine wish to free America from slavery.

But reading the book The Home Voices Speak Louder Than the Drums. Dreams and the Imagination in Civil War Letters and Memoirs, has made me realize that it was not so much the desire to put an end to slavery that urged men to partake in the Civil War. Both sides were defending the life style they had grown accustomed to.

Of course, the heroine of many dreamers, Harriet Tubman, a woman who used her dreams abilities to guide people to freedom, is mentioned in this book.

“Harriet Tubman (born in slavery as Araminta Ross and later taking her mother’s name, Harriet) has been described as a “Moses” of her people, a “Conductor” on the Underground Railroad and “Moll Pitcher”, a reference to her energy and daring (page 220).

Harriet just decided, after her master had died, to take a chance and walk out of the gate.

“In a pivotal moment for both Harriet and all those whose freedom she implemented, Harriet walked out of the gate of the plantation singing and just kept on walking, looking back only once” (page 220).

Because her family was not free, she kept on freeing others, using her dreams as guidance. There are even stories about her faling into a dream state and waking up with the “right” path to travel.

I like that this book treats dreams and imagination as the same type of energy. The imagination of home, no matter what the reality of that home was, could give a soldier the hope to keep on going.

One of the questions that immediately entered my mind when I opened this book was: would the danger of being on the battle field cause an increase in precognitive dreams?

Wanda dedicates a whole chapter on Precognitive Dreaming. “These dreams stayed with the dreamers like a mist when they were walking and reminded them that dreams do pry into futures and that paying attention is the better side of caution when the morning comes and the dreams persist” (page 100).

This chapter is filled with wonderful, but also with tragic stories of hope and loss.

I must confess that I was a bit disappointed that there was not a conclusion about if something as threatening to your mental and physical health like a war would increase the number of precognitive dreams. 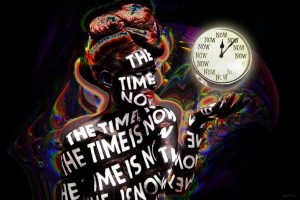 But I also realize that this is an almost unanswerable question. Intuitively, one would say that it is almost inevitable that a dangerous situation triggers precognitive dreams.

Civil War and the Voices of Home

This book is composed out of 18 chapters. It starts out with the dreams of Abraham Lincoln, his famous dream in which he foresaw his own death. Wanda challenges us here to (re)think about the philosophical question of predetermination.

It is filled with amazing stories, written in a very readable language, and if you have a soft spot for dreaming, this book will be an asset to your book collection.

The Home Voices Speak Louder Than the Drums. Dreams and the Imagination in Civil War Letters and Memoirs.

2 thoughts on “Civil War and Dreams: The Home Voices Speak Louder Than the Drums”