The Chinese New Year begins today, February 8th 2016. The Chinese calender is a lunar one, the New Year starts at the second new moon after the Winter Solstice. 2016 is the year of the Monkey.

Buddha asked at the beginning of the New Year all the animals to visit him to protect the New Year. Only 12 did: The Rat,  The Ox,  The Tiger, The Hare, The Dragon, The Snake, The Horse, The Ram, The Monkey, The Rooster, The Dog, and the Boar. Buddha decided to name 12 years after all those animals.

The number 12 is a magical number. There are 12 days of Christmas. 12 Stars in the flag of the European Union. They represent the union between people

living in Europe. We have also seen such a crown of stars around the head of Mother Mary. 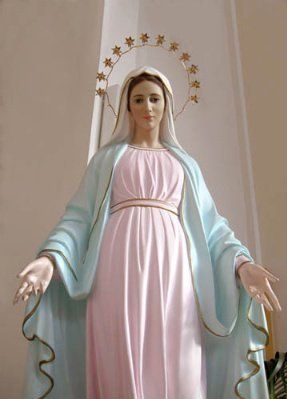 In Revelation 12: 1-2 John has a vision of a woman clothed with the sun, the moon under her feet and on her head a crown with 12 stars.

Here you can calculate your Chinese sign. Since the Chinese calendar is based upon the Moon and the Moon is said to have an influence on dreams, you might wonder how the Chinese deal with dreams. In Our Dreaming Mind Robert Van De Castle Ph.D says:

“The Chinese have had a long and sophisticated tradition of appreciating subtle energy fields. They considered the dreamer’s soul to be one of the principal agencies of dream production. The T’ung Shu is an ancient Chinese almanac of life that has a nearly four-thousand year history. It contains a section on dreams called “Chou Kung’s Book of Auspicious and Inauspicious Dreams” that dates

back to 1020 B.C. and was written by Chou Kung, a mathematician reputed to have assisted in the compilation of the I Ching. the term “Mr. Chou” has ever since been associated with dreaming.

Seven categories of dreas are discussed in T’ung Shu. “Heaven and Weater”, indicating for example that if one dreams about the sun or moon rising, one’s family will be healthy. Another category is “Houses, Gardens Forests, Etc”: to dream of an orchard bowed down with ripe fruit portends that one will have numerous children and grandchildren”. (Bob van de Castle in Our Dreaming Mind).

In China there used to be temples dedicated to Dream Incubation. Roberto Keh writes in his “The Interpretation of Dreams in Ancient China” about such a dream temple.

“There is a legend about Yii Ch’ien, Minister of Militar Affairs of the Ming dynasty during the reign of Emperor Ying-tsung (A.D. 1436-1449)» who was wrongly accused and ordered executed by the emperor.  Afflicted by remorse, however, the emperor reinstated him posthumously in his offical position and gave him the office of Arch-God of Walls and Moats of All-under-Heaven. Since Ytl Ch’ien was a native of Hangchow, it was decreed that his residence in that city be converted into a temple in his honor.

This temple soon became a centre for dream incubation.
In an article, Wang Yung-ch’tlan, a modern writer, described it as follows:

On the eve of winter solstice each year, at about nightfall, people seeking after dreams move toward thetemple oftheArch-God ofWalls and Moats of All-under-Heaven with incense and candles in their hands and blankets and bedding on their shoulders.

Ordinarily, this temple is all deserted and quiet. But on this particular day lamps and candles are lighted, causing a lot of fuss that is hard to tolerate.
On entering the temple, the dream seekers light up their incense and candles. After going through the prescribed ritual of kneeling thrice and kowtowing nine times, they spread out the’ir blankets andbeddings andfall asleep ina peace- ful frame of mind. When a late-comer cannot find a bed-space, he will voluntarily spend the night outdoors.

The climate in our province of Chekiang is such that at the winter solstice itis already very cold. If snow does not come, there is bound to be frost. Inspite of this, some people choose to go to Ytt Ch’ien’s tomb and sleep beside it in the open-air, in order to procure dreams.

On the eve of winter solstice, at dusk, one never fails to see faithful dream seekers along the road with lanterns in their hands and blankets and bedding on their shoulders. (Yu Ch’ien’s tomb is located at Mao-chia Pu in the West Lake region, ten-odd ljL from Hangchow.) Generally, they go to pray for dreams at an early hour. What is the reason for this? Perhaps the dream-seeking faithful subscribe to the notion that “When the night is long, dreams come in plenty;”