David Bowie died January 10 2016, to the effects of liver cancer. He was an alien, a weirdo, who gave all of us the courage to express ourselves without holding back our creativity. Three thoughts on the mythology of David Bowie:

Patricia Garfield, author of Creative Dreaming, once said to me that mythology isn’t gone. It is right in front of us, in the movies we see, and in the stars we like. And, in all his weirdness, David Bowie was likable. Maybe even just because he was so odd.

David Bowie as a mythological hero

I liked him because I am usually considered odd. I have gotten used to the pain of people telling me “You are not like the others”. For years I have craved to be like the others. But not David Bowie.

He was flirting and flaunting with his two-colored eyes and his androgynous style of clothing. In the seventies, in an open marriage with Angie Bowie, he announced that he was gay. He started performing under the name of Ziggy Stardust. Like a prisoner escaped out of Plato’s Cave he tried to describe a different world to the public. In Plato’s cave, people are chained, and only able to look at the wall of the cave. A fire behind their backs shines a light so they only see shadows projected of people passing by. When one man is freed and taken outside, he has to get adjusted to the sun (remember that scene in the movie The Matrix where Neo had to adjust his eyes to the light?) The Matrix was also based on Plato’s cave. He comes back and tells the rest of the chained people about the world outside but they think he is mad.

Ziggy Stardust was like the epiphany, the man dragged out of Plato’s cave. He told everybody about the strange big new world out there, but few believed him at first. But when Ziggy became a big hit, he put his alter ego to rest. Following Campbell’s Hero’s journey. He had traveled the first part of his journey, it was time to go underground again.

One day, at what is now known as the Retirement Gig, July 3, 1973 David Bowie burried Ziggy Stardust. Only to be reborn in Berlin. His marriage was falling apart. New music, a new lover, new adventures. Like any shaman, he used substances that enabled him to enter other realities. He made three albums there: Low, Heroes and Lodger. On this site ultimateclassicrock.com he says:  “In some ways, sadly, they really captured, unlike anything else in that time, a sense of yearning for a future that we all knew would never come to pass.

David Bowie as shaman of love

In his third live, in the eighties, David Bowie reincarnated as heterosexual superstar. In a duet with Freddie Mercury, another alchemical shaman of the modern-day, he sings:

Sitting on the fence: it reads like a clear reference to Plato’s cave. Sitting in a dark cave, looking at shadows, not being able to do something about the madness of everyday. Love was the answer, our two shaman hero’s sang to us in their staccato rhythm. It was the gospel aimed against the strict regime of Margaret Thatcher. But it was also the lesson Bowie had learned. He did a complete turn around. From ionized outcast to accepted pop star who embraced rock.

He managed to launge a new career that restored his financial crises and he sucessfully courted super model Iman.

David bowie as shaman of death

A year and a half, he was suffering from liver cancer. He knew he was going to die. This disease has a poor survival rate. It is usually diagnosed very late. Judging from his last album Black Star. The album Black Star is as experimental as his album Low. Remember how lost he was when he made that in Berlin? He was in a transition fase back then: loosing his marriage and trying to fight his addictions. His last transition phase reflects his fear as well as his acceptance of death. 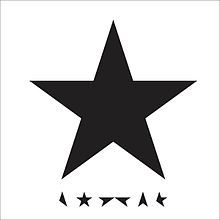 Black Star: Saturn, the Shadow. David Bowie knew them all. Longing for a future that would never come to pass. And David Bowie embraced his shadow. I hope he will live on for a long time.