Helix is a series that is available on Netflix. It features two brothers. Both doctor. Both brilliant. Yet the oldest one, Dr. Alan Farragut always was the smartest, the most desirable and the one “favored by God”. Helix is not a religious series. By “favored by God” I mean that he was clearly the one most desired by others, most worshiped by fellow scientists. His brother Peter Farragut always wanted to achieve the same as his brother. Both brothers had an abusive father. Much like Yahweh is an abusive father for not giving his love and affection to both of his sons. 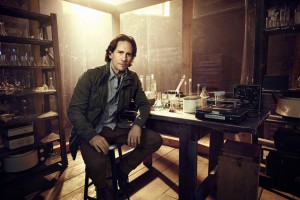 The biblical story of Cain and Able tells about the twin sons of Eve. Quoted from the site Bookrags.com:

“Cain kills his brother, upset that God accepted his brother’s sacrifice of an animal but not his sacrifice of produce. Abel vows to turn the tables, meaning he will kill Kane by robbing him of his position at the bank and creating circumstances in which Kane...” 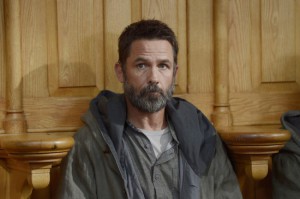 In Jungian terms we can clearly see Cain as the shadow of Able, just like Peter is Allan’s shadow. It reminded me of the jealousy among siblings that seems to be innate. Children compete for love, acceptance and food. The youngest birds often die because the older ones are bigger and in that way are able to get more food. Love is seen as a scarce property, among children. And often among adults too.
It is so easy to think that we are not loved enough. Not cared for enough. And like any human being, we all have experienced situations were that seemed to be the case…

Helix and the apocalypse

In the second series, just like in the first one, the apocalypse is coming. A serious disease that can wipe out humanity. The main persons in both series are secluded from the rest of the community, as to symbolically underline the fact that they are all sub personalities of the SELF. The integrated Self will be the savior from the apocalypse.

In the first series, the brothers Farragut are on the North Pole, trying to find a cure for a virus that will destroy humanity. The apocalypse is upon us…
There is an ex-wife, a lover and two brothers. They miraculously escape the North Pole alive. They survived the apocalypse.

The end was the end of the marriage between Julia and Allan Farragut. Allan begins a new romance with a young smart coworker. She soon conceives his child. But at the end, Julia grabs the hand of the main character Allan, and whispers: “find me”. That is enough to keep him bound to the marriage.

It won’t be a surprise that in the second series the child is not born. No new relationship can blossom when a man is still so infatuated with his former wife.

Helix and the Immortals

There is a group of figures with God like qualities in the series. They are called the Immortals. They have ice blue eyes, like new-born babies. Watching the series has made me stumble the words: “The Great God Pan is dead” several times. Pan died because Christ was born. The decline of religion has made us search for the God(s) within ourself. Helix is the series that connects science with Godlike immortality. The brilliant scientist Hiroshi Hatake has created a virus that can destroy humanity. Like Jahweh before him, he wants to destruct the world, but gets remorse and saves it. 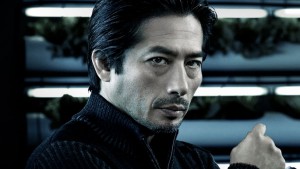 Like any Greek God in the ancient times, the Gods and Goddesses of the Helix series live in a closed off world and play with mortals.

Like the scientists have become modern-day priests, this series shows us how to connect with our dark and lighter side. The Farragut brothers are shadow parts, but the girls in the series are all connected to the image of the Mother Goddess.

Julia, ex-wife of Allan Farragut, is the daughter of Hiroshi. She is the mother Goddess in full bloom. Sara, the young lover of Allan Farragut, is the daughter who grows into her fertility, like Persephone in the ancient Greek myth. She gets pregnant. Doreen represents the Dark side of the mother Goddess. Brilliant but suspicious, she gets murdered by the cool businesslike Sergio. Like the Dark moon, she is not necessary any more.

With so many ancient mythological themes, I was surprised to find out the series ended. Maybe it were just too many mythological themes packed into one series. in the second series, the Tree of life emerges, and the original sin is replayed as the apple that sterilizes the men who eat it (with no effect on the women who do the same, like Eve finally gets her revenge). But I can recommend watching it on Netflix. It will be food for thought.

1 thought on “Helix: a modern version of Cain and Able”