There are days I wake up humming a certain kind of dream song, playing in my dream. This blog explores the possible meaning of dreams and music.

In one of my dreams I am sitting behind a mix panel, trying to create a song. There are multiple people present, all of them unknown to me, but we are working on this music product together.

It is important to know which buttons to adjust, to get the result you want to.

I have to push green buttons up and down, without really knowing what effect I was going to get. The other people in my dream are new at this too. We talk about the results we want to achieve. There is one archetypical old wise man, known as ‘mana’. A Melanesian word that means ‘full of power’.

*Mental Note: is music in dreams inviting you to create a new tune?

A Dream Song and (e)Motion

Most people who value dreams, agree that dreams carry a symbolic meaning. And most of the well-known methods (if you want to know more read my blog about dream analysis) argue that the emotional content of the dream is THE ultimate key to decipher its meaning.

Songs are perfect carriers of emotions. Hearing one single note, you can be transported back mentally several decades ago. The healing power of music becomes evident in mental diseases like Alzheimer and Parkinson.

Music triggers the motor area of the brain. that is why, if you hear music that appeals to you, you start moving. Jessica Grahn explained in her Ted Talk that people, unlike other animals, seem to have an innate rhythm she calls ‘entrainment’. 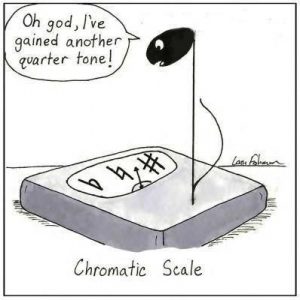 That made me wonder if the evolutionary cause of emotion is based on a necessity to get into motion? In other words: if you are so emotional about something you need to get out and do something about it, physically? I would love that.

It became clear to me while doing the research for this blog that there is no necessity to ‘motion’ in the word e’motion’. An emotion is not necessarily an evolutionary trigger to get off your bud and do something to change a situation.

*Mental note: a dream song usually (but not always) is about emotion.
In my dream, I mix up the ingredients of the emotions I want to evoke, together with archetypical forces wandering around in my personality.

The oldest instruments where flutes and they were probably used by hunters in a ritual way, performing magic. 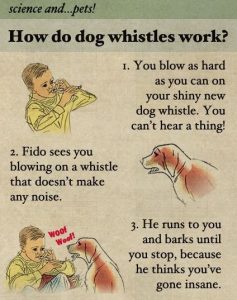 *Mental note: do your dreams with music in them invite you to perform magic? Or some ritual? I have one example of it, it has to do with love, or with breaking off a relationship.

Dream Song and Love: an Example

I wish I had a more positive example, but this dream with a dream song in it had to do with heart break.

Years ago, I was involved with someone, I knew was not good for me. He was in no way abusive, it was just that our characters did not match.

We would go on vacation and I really did not want to go. But I lacked the guts to say it, especially now that we booked a holiday together. That is an official step in a relationship that takes things to a more official level.

The night before I broke up with him, I was singing the Daryl Hall and John Oates song: Out of Touch

“We’re soul alone and soul really matters to me”

I am quite sure that you look up the lyrics of a dream song to search for a deeper meaning.

But it was this song that gave me the power to start up the ritual to break off the relationship. This relationship did not nourish my soul, it was crystal clear to me, I had song it to myself that night as a gentle reminder.

*Mental note: Does the full written text of a song trigger any emotional memories that can help me associate further on this dream?
Does this song invite me to take certain steps I was not willing to take before?

Like Mark Joseph Stern says in his excellent blog about Neural Nostalgia: “And no matter how sophisticated our tastes might otherwise grow to be, our brains may stay jammed on those songs we obsessed over during the high drama of adolescence”.

I was never a reggae lover when I was a teenager. The Police, it was ok, but Bob Marley, I considered him “old age”. He was from the generation before me, and like (almost) all teenagers I thought that that generation was utterly stupid.

But in a dream, I saw my husband dancing on a Bob Marley song with a gorgeous black woman. I was very jealous but I knew I had no right to tell him we were going to marry each other, because I was traveling in time… We had not met in waking life yet and telling him bout the future would disturb the things that would unfold.

“Reggae music (most clearly exemplified by Bob Marley) can be felt happening half as fast as rock must because its kick and snare occur half as often for a given musical phrase” Levetin p. 113).

So this dream advices me to look for the offbeat in my relationship, because things are going to happen in the future.

*Mental note: (How) is the music in your dream related to your teenage years? what kind of genre was the music and what typifies this genre? Doe this give you further clue son how to interpret possible meanings of your dream?

If you hear music in your dreams, I hope this blog is the one that will encourage  you to look beyond the common symbolism of the music.

I write my blogs on Mindfunda to always trigger your mind to search and find the offbeat.

I hope my Three Mental notes will have given you new ideas on how to attach a possible meaning to dreams that feature music.

Levetin, D.J (2007). This Is Your Brain on Music: The Science of a Human Obsession. United States, New York, Plume, Penguin.