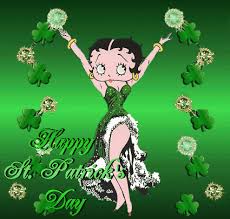 st. Patrick’s day… The Irish people remember st Patrick on the day he allegedly died. March 17. Who was this guy and what did he do with snakes? Why is everything green on  st. Patrick’s day? And why should we care about this folklore event? Read on to find out.

st. Patrick is one of my favorite kind of saints. You have got two kind of saints: the rather boring ones who are born impeccable, and the ones I really can appreciate: the people who lived life and then turned to holy conviction.

st. Patrick was not a big believer. He was captured by pirates and had to work for six years under their captivity. This is essential for his spiritual awakening. With no way of turning his energy outwards and manifest his energy in the world, he turns it inwards and researches the depth of his soul. In this time he heard voices. A voice declared to him that the Irish people were yearning for him to lead them. The color of Ireland is green. Because this English-born man had an inner craving to go to Ireland, and even heard voices telling him he should go there st patrick’s day is green. st Patrick managed to escape and get on board of a ship that headed into Ireland.

St. Patrick came to a land wrapped into its own celtic believe. And he started converting people to Christianity. 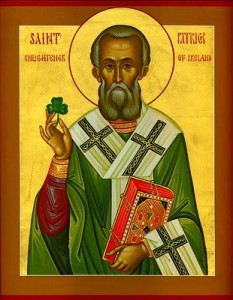 To teach the Celtic people of Ireland about the holy trinity: the father, the son and the holy ghost, st. Patrick used the shamrock. That is why almost all references to st. Patrick’s day use the shamrock. Clever man that he was, he used a plant to teach a new aith to people with a profound knowledge of the healing and sanctuary properties of plants. Celtic Ireland had already many triple deities, so this was easy to digest for the Irish people.

How to join the fun: get out and find yourself a four leave clover. You will have luck for the rest of the day. If you give it away, your luck will increase. 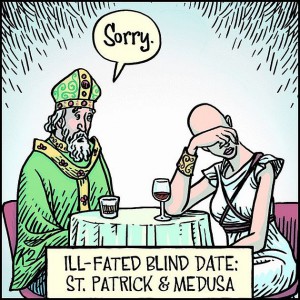 The snake is the representation of evil in the Catholic bible. The snake put Eve up to the original sin, by eating the forbidden fruit. In the West we still dislike and distrust the snake. It has cold eyes without eyelids, it sneaks up in films and bites people to death. Almost a third of all people alive have an innate fear for snakes.

Medusa is the gorgon in Greek mythology that has the snake power growing out of her head. Hairs symbolically depict the power of your thoughts. The power of regeneration, associated with the goddess who gives and takes lives is bestowed upon the snake. The snake is her animal, it is the guardian of the tree of life.