Wonder Woman, the film entered the cinema’s and got a lot of positive feedback. Women said that they were crying when they saw the film.

I wanted to see the film to investigate if it isn’t an ultimate form of misogyny to admire a woman simply because she can fight like a man? Is Wonder Woman just a male soldier with big breasts and a vagina? Or is something else going on?

The film starts with Wonder Woman as a child. She wants to learn how to fight but her mother does not want that to happen.

The noticeable thing for you and me – dream lovers and symbolism-freaks, is that the bed she sleeps in has a mandala-eye shape…

Wonder Woman-child is building her eye, her I in her dreams. You have got to love that. It soon became clear to me that my original hypothesis is wrong.

No, Wonder Women is not a male warrior dressed up as a hot chick. The film assumes that all human beings are warriors. Girls are just taught to stop fighting. Except for Amazon women.

The Amazon warriors, according to Greek mythology, were called Amazon because the word “amazos” means without a breast…

You see that Hollywood has taken a free interpretation here, the breasts of Gal Gadot are waving their hallo’s in her cleavage.

Fighting girls are hot. Do you remember Sense8? Sun is the female warrior over there. In the last Sense8 very she was also fighting in her underwear. It’s got to be a Hollywood thing.

Not a lot of movies have a female hero. Usually females are the “price” a hero gets after he has won his battle.

I recently read a blog, written by a father to both of his sons about Wonder Woman. He adressed the feelings of unease he assumed his sons would have watching the opening scenes without a male character in it.

Did you know I did not even notice the fact that there was no man present in the opening scenes? Yes, shame on me.

Because usually I do get a bit sick and tired of the male perspective in books, newspapers and films.

Like all stories, the film begins in paradise. A matriarchy, inhabited by women.
It’s almost like every girl experiences her childhood. Father is away, into the wild world, and mother and sisters are close.

All of a sudden, and attractive spy rinses onto the shores. He is telling stories about a destructive war that is going on. In her heart Wonder Woman knows that she, with her magical powers can stop the fighting.

This is such a good point of the picture. Almost every heterosexual woman has had that attractive spy that invaded her I-land. And almost every woman fell madly in love and wanted to set him free of his inner battles. Feeling it was her magic that could safe him.

But should we? Should we still safe those spies? Shouldn’t we have a new power hero that tells us that spies have a natural ability to get out of trouble? Or would that mean a significant decline in birth rates? No more spies to safe, women, be prepared for a boring and lonely life?

And in order to kill het biggest enemy Ares, her animus Steven Trevor has to give his life as well. Talking about integrating your shadow!

Both men are opposite shades on the Shadow Palette in a women’s personality. It makes you wonder, after you have seen this film who in your life have been your Ares and your Steven. And dip your brush into the colour shade you want the world to see this day.

All throughout the film people notice that Diana aka Wonder Woman is exceptionally beautiful.

This is NOT a thing we-avarege women- experience. Most of us are quite ordinary. The beautiful girls are species of a different kind to us.

They act from a set of different rules. They know they can break them because of their looks. One smile and such a woman is forgiven for every rotten thing she has ever done.

If you truly want a female perspective, make your heroine an ordinary looking person. But wait! That will not sell. And you are right my dear reader, films with male protagonists usually also have an extraordinary handsome actor playing the leading role.

Wonder woman is a half god. She is a descendent of Zeus himself and -even though she is a warrior a heart, she battles against war.

She is fighting fire with fire: using her fighting skills to end a world war. But fire is a good servant but a bad master.

We, women have always tried to battle. Often much more in a psychological way than physical. 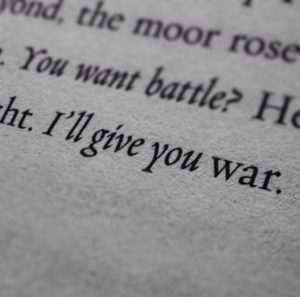 How many mothers have fought the school system like I did when my son got molested at school, and lost?

We are mortals, not half gods. In that way, Wonder Woman is a blessing for the soul. Finally a woman who fights and gets justice done.

A blessing for all of us who got our asses kicked to the core by society.

I am a bit double hearted about this film.  I truly like the fact that there is a female protagonist.

But there are too many butt’s. Literal and psychological. Of course I can understand the need to show tits and ass if you want to make money.

Of course i can understand why there has to be a love-interest in the movie.

But all of those things make the movie kind of average again. But, my dear reader, you are right, criticism is easy.

Would you go and watch Wonder Woman? Let me know in the comments.

I write a Mindfunda every other day. I also give online courses and workshops. The newest one starts June 19 2017: a week long dreaming around the Summer Solstice.