Freud has made a lasting impression on our society. The term “Oedipus complex” has become an instant joke whenever a young guy is too close with his mother.
To be honest with you: I had a hard time taking him serious. He supposed that every woman secretly wanted to be a man. I think that being a woman is so much more interesting than being a man… Women have intuition, emotion, and they can have children. But there is more to Freud than penis envy… 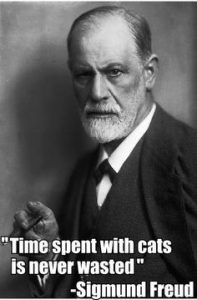 When I educated myself in Mythology, I began to get a different vision on Freud. The way his mind could recognise mythological themes in the problems of his patients was inspiring. Being a Jungian, the clash between Freud and Jung in my eyes is an almost archetypical representation of our current collision between ratio (Freud) and our brains that are wired for spirituality (Jung) (Read more about the current paradigm in science in this Minfunda blog). Reading Freud in His Time and Ours has certainly given me a different vision on Freud.

Freud as the FAVOURITE son

Psychoanalyst Élisabeth Roudinesco, has done a great job of putting things (and Freud) in perspective. I must admit, at thirst I thought that a biography written by a psychoanalyst would be very biased. But this well written, easy to read book (even though it has more than 400 pages) gives such a balanced inside into both his good and his bad personality traits.

Freud was born into a family of tradesman, and he was the first who made a living with his knowledge. His father had the habit of saying that Sigmund had more knowledge in his little toe, than he (Jacob) had in his whole body. Needless to say, that any child, growing up with this kind of expectations, usually ends up well. It makes you wish that parents and teachers knew this too…

Freud and Jung: the collision

Being born into a Jewish family, Freud experienced all kinds of racism and did not have the chance to conquer the world like he had dreamed to do. Jung becomes one of his most promising disciples.  The story about how the two men talked for 10 hours during their first meeting is told once again in the book.

If you are a Jungian, you will notice that there is still a sour undertone in the way  Roudinesco talks about Jung. Anyone who has had two children arguing, recognises this kind of behaviour. Like a mother you tell your children to stop arguing, and they secretly start pinching each other under the table. 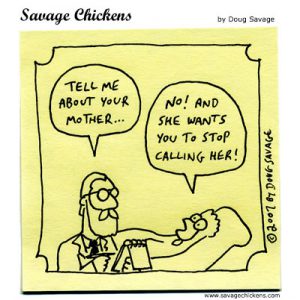 Jung is called a “mythomaniacal pastor’s son, who has an uncanny preference for sorcerers”. When you read that, you think: why can’t the two camps: Jungian and Freudian, just kiss and make up after all those years? Let’s put the fighting behind us and dive into the interesting part. We know the two giants because of the way they put dreaming on the map. 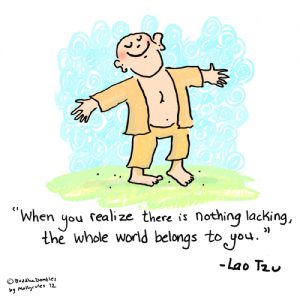 Even up till now, the two camps keep on fighting with each other. Let’s decide to grow up. Science has proved that Jung and Freud both were right on some points and both were completely clueless on other points.

Freud and Jung: the dream team?

“Freud and Jung went on pursuing their passion for interpreting dreams for a long time. Both of them, like the disciples in the first circle, were certain that henceforth, thanks to their shared doctrine, the unconscious had made a spectacular entry into the everyday life of European societies. It was as though it was no longer possible to immerse dreams in sleep, to conceal them in the depths of nocturnal life, since, through the miracle of Freudian interpretation, man itself had become the embodiment of his dreams. This was the maximum of the new day, which the poet Joe Bousquet later summed up in a striking formulation: “There were signs that a time was coming when people would no longer dream, man having become the dream” (page 132).

And indeed, this is a book to put on your wish list when you have dedicated yourself to dreams. When you forgive Roudinesco for her ongoing (but expected) bias towards Freud, you will get so much information about psychoanalysis, about the introvert man he was, about his need for a frenamy: a close friend who later became an enemy. After you have read this book you will have a new perspective on Freud.