Jeffrey Bennet is the author of a new book about Albert Einstein his theory of relativity. He writes in his introduction: “Prior to studying relativity, I had misunderstood the basic nature of space and time”. That sounds intriguing doesn’t it? If you are like me, you have this eagerness to learn more about the hidden laws of nature. And Einstein seemed to have uncovered some of these laws and was well on his way to compose the theory that explains everything. In this blog I tell you more about the book What is Relativity? An intuitive Introduction to Einstein’s Idea’s, and Why They Matter and I encourage you to find laws of the human psyche together with me. Because if nature depends on laws, the human psyche does too.

Albert Einstein and his two theories 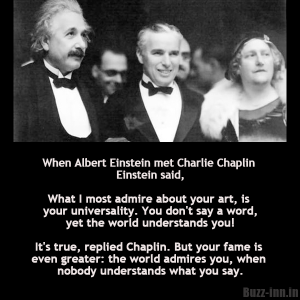 Reading “What is relativity? An Intuitive Introduction To Einstein’s Ideas, And why They Matter” written by Jeffrey Bennet, I get a better grip on the first concepts of what Einstein really wanted but never achieved. The Theory that explains everything. Also known as the Unified field theory. And it makes me wonder if there are also common laws that underly the human psyche.

Now what if this has psychological implications too? For a general theory of the human psyche? We human beings live on earth, in space. We experience gravity and obey the natural laws. Why has not anyone ever before composed such a theory? Usually in the psychology of dreams for example, it is almost unavoidable to not interpret light as a spiritual phenomena.

The second theory, the general theory of relativity deals with gravity. Gravity appears to exert “action at a distance”.  And Einstein explained this mystical force.  Space is somehow curved, and all motion is relative. Bennet introduces in a funny thought experiment, a supersonic aircraft that flies from Nairobi to Quito at a speed of 1,670 kilometers per hour. This equals the rotation speed of the Earth’s equinox, which goes in the opposite direction. So who is moving?

“From a pre-relativity point of view, it was almost if nature was showing tow boxes, one labeled “effects of gravity” and the other labeled “effects of acceleration”.  Einstein discovered that they are the same. Space is filled with a gravitational field pointing downward. Gravity and acceleration feel the same and are the same. If they look different, it must be because we miss the whole picture. We miss one dimension: spacetime. “Gravity arises from curvature of spacetime”.

Remember how Carl Gustav Jung equated a mandala to the symbol of the self? What is the mandala is a natural shape because of our curved space and time? What if -in our theory about psychology that explains everything- every round shape was a reference to the self in some sort of way? 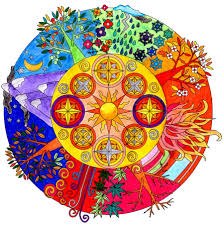 What if we compose our theories about psychology and the human dreaming mind in a much too individual manner?

There is another very interesting concept in Einstein his theory of Relativity that might apply to the human psyche. It is called gravitational waves. Events in one place affect objects in other places. Now that sounds a lot of the things that usually happen during mutual dreaming doesn’t it? One dreaming brain connecting with another brain, both producing similar dreams. I sometimes think that people who belong to te same “tribe” are connected in their dreams too, by a force like gravitational waves.  These waves are like the “ripples of curvature in space rather like those of a blade running in water.” (What is relativity? An Intuitive Introduction To Einstein’s Ideas, And why They Matter).