Mother’s Day, a day to honor all mothers around the world. Including the ones that did not bear children. In this blog I will tell you about how I became captured by the archetype of the mother. And how it influenced my own relationship with my mother. 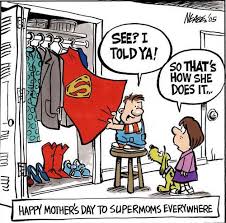 Lot’s of blogs about mother’s day will tell you what to buy for her (and believe me she really does not want to get an iron). Other blogs will tell you about the origin of mother’s day. But I wanted to tell you about how I became a mother. Like every parent, I had serious doubts if I would ever be able to be a good parent. Motherhood seemed to be so easy and natural for my mother. When I told her I was pregnant she said to me: “but you are a child yourself, you are not ready!”.  My mother was doing the job of being a mother from her 23rd year of life and I was in my late 30s.

The one thing I feared most was giving birth. And I was right. It was no walk in the park for me to give birth to my children. Being diabetic, each step of my pregnancy had to be monitored. And while I had always pictured myself giving birth in a bath, I was strapped onto a bed, bound to an infusion, straps around my belly to measure woes. No way to turn, no way to relax.  Every major transition is accompanied by fear and pain. Either physiological or psychological pain. And humans have a natural tendency to walk away from pain and conflict. But there is no way to get out of the process of giving birth.

During my first pregnancy I had been reluctant to buy a pair of diapers. I considered it to be a bad omen. Everything could go wrong and buying them seemed like tempting fate. So the day before I was hospitalized to induce the birth of my firstborn, I went to the grocery store. There were so many diapers! I soon found out that I had to select them on size. So I bought a package of “newborn” diapers and put them in the baby room to be (and crossed that item off the to do list).

I can not really pinpoint the moment that “I became a mother”. I am quite sure it did not happen when my sons were born. It happened months before the birth of them.

The day I found out I was pregnant I started a diary. I will give it to my guys when they are mature.  But here is a quote from one of those diaries I want to share with you today. I wrote it when I was 9 weeks pregnant and got my first echo.

“Hi sweetheart, today I will see you for the first time. I am so nervous, your poor father has got his hands full to calm me down. But deep inside of me there is an awareness that you are doing ok…

And after the echo I wrote down:  “You are so tiny, so fragile and yet you are working so hard. I shed a tear when I saw your heart pounding.”
I am quite sure that the love I felt for my children, the admiration I had for my own body that knew what to do, they all contributed to me becoming a mother.

A teacher of mine once told me that children love their parents unconditionally. it is not the other way around. It socked me at first, but the more I thought about it, the truer it sounded to me. I adored my parents. And I know my childer adore me. They don’t have to buy presents for me. I get so many presents: drawings, little notes, kisses, accomplishments that my sons have made…

I was ultimately surprised when one day my mother confessed to me that she thought I was a natural-born mother. I did not have a clue when that happened. I was clumsy with diapers: at first putting on a diaper was like a puzzle to me. A puzzle everyone except me could solve. But I soon got the hang of it.

But something in my body knew what to do and how to act. It is an age-old system that awakens when we give birth. Nature lets us fall in love with our children. That is how I became a mother.

How much more I understood about my own mother once I had children of my own. I forgave her for so many things, now I knew the drills of the trade. I saw all the invisible things she had done for me. The same things I do for my kids, without them even noticing it. Making the beds, doing the laundry, putting books in their schoolbag, putting their keys into the right place so they can find it, getting them out of bed in time, helping them with their homework, making sure they memorize things before they do their tests at school, giving love advice, giving  advice on wardrobe, making their sandwiches when they are short in time and lots of other tiny things that nobody seems to notice.

to all mothers on Mother’s Day

It is not only women who gave birth that get captured by the mother archetype. I know several women (and men) who are natural-born mothers without children. 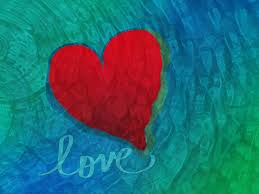 They are the ones that give shelter, love and warmth to anything and anybody who wants to grow. To all of you I say: salute! I wish as much warmth and shelter as you distribute everyday.

Thank you so much Elaine Mansfield for your inspiring article: Captured by the Mother Archetype. It has been the inspiration for my tribute to all the mothers in the world, with or without natural-born children.
Want to know more about Dreaming or Mythology? Explore the Mindfunda online courses.
Twitter: @susannevandoorn
Facebook
Dutch site