Kelly Bulkeley’s new book: Big Dreams, The Science of Dreaming & The Origins Of Religion is, a sometimes personal, story of the treasure hunt for the Black Swan.
The scientific study of dreams has collected dreams in laboratories. But most dreams are forgotten. But everybody has had a dream they could not forget. A dream that was so profound in vision, in emotion and in impact it changed their perspective on live. They are called “Big Dreams”. In his book Bulkeley investigates those Big Dreams, the Black Swans of Dream Research.

Kelly Bulkeley Ph.D, psychologist of religion, blogger for the Huffingtonpost and former president of the International Association for the Study of Dreams, proposes a Black Swan approach for the scientific study of dreams. Most dreams studied and analysed thus far, he claims, are trivial dreams. These dreams have been the input for the main dream theories (In Mindfunda’s online course Dreaming About the Brain you can learn more about the most accepted dream theories of this time). But “The result is a shallow and rather bland view of dreaming that excludes precisely those types of dreams people have alway found most interesting and meaningful“. To correct the current scientific view of dreaming Kelley Bulkeley carefully constructs a new proposal. Build around four premisses:

The book is divided into four parts that comprise four chapters each. Every chapter starts with an opening question, an initial response, data that is discussed and a concluding response. Most data comes from Bulkeley’s Sleep & Dream Database. Build in such a clear and consistent manner, the book is relatively easy to read.

The Black Swan of Sleep

Bulkeley carefully analyses all major facets of sleep. Circadian rhythms, cycles of neurological activity, health and sleep problems, neuroplasitcity and last but not least: culture and sleep. Reading that last chapter, I fell deeply in love with this book. it is such a joy that a scientific oriented book dares to pose the question: Is sleep a purely individual question? Just like Bulkeley I think that we inherited a social aspect. To pick up things that are relevant for the group we live in. And dreams are a very good way to do that. Not only because sleeping together as a group enhances the safety for each individual. But also because I think that during dreaming, images can be transmitted more easily. I tested this once in my Mutual Dreaming Experiment. Or, as Bulkeley says: “In sleep each person goes into a world that remains profoundly social, with ongoing connections to interpersonal relationships, collective realities, and cultural systems of meaning and value”.

The Black Swan of Dreaming

Dreams are so often forgotten that dream recall is an issue of discussion. Can we research something so volatile as basis for research? Qualitative research, analysing interviews, is a way of constructing new hypothesis. But we crave big data, to analyse variables in complex manners so we can detect hidden patterns. But people recall one or two dreams each week on average. So we can be called “A dreaming species”.

In the area of dream research Kelly leans towards the study of dream content. Even though he also flirts with the findings of Mark Solms, who did some remarkable research into the dopamine pathways in the dreaming brain. He wants to develop a dream theory that supports the neurocognitive model as proposed by Foulkes and Domhoff. But unlike Foulkes and Domhoff, he wants to explore the function and meaning of dreaming. He goes a step further by carefully exploring the possibilities to study big dreams. (An interview with Domhoff is comming up on Mindfunda Youtube). 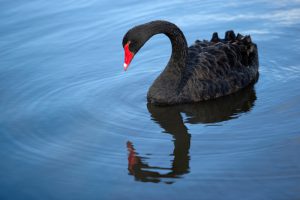 The Black Swan of Big Dreams

Have you ever had a “Big Dream?” A dream that had so much impact, you had to change your view of the world? A dream so powerful, it helped you shape up your self-image? Those are what Carl Jung called “Big Dreams.”
Each new theory of dreaming starts with a model. A simplified representation of reality. I took a photo of the model Kelly proposes. I am sorry that it is not quite readable, but I thought it would increase your understanding of the point Bulkeley is trying to make. 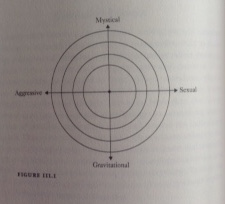 According to Bulkeley, there are 4 types of big dreams. Aggressive dreams (including nightmares), and sexual dreams make up the horizontal axis of the model he proposes. Aggression is the most individual type of dream while sexual dreams concentrate on union and pleasure. Gravitational and mystical dreams make up the horizontal axis of the model. Gravitational dreams are dreams about dealing with the forces of gravity: falling, spinning round, flying. (Again I had such a wonderful aha-erlebnis, because this reminds me so much of my own thought about the effecs of the laws of nature on dreams). Mystical dreams are dreams about visitations of heavenly creatures, deceased and dreams the prophetic dreams that are in the bible.

The Black Swan of Religious experience

There is an ancient believe that demons want to capture the human soul while it is traveling the nightly realms of consciousness.

The night-time sleep paralysis was often mistaken for devils wanting to grab the soul of innocent believers. In The Hammer of Witches this superstition reached a tragic nadir. In dreams the devil could appear and people could report their neighbours and friends if they had tried to convert them to devil worship in their dreams. Kelly Bulkeley goes on to discuss several dreams of a lady who claims to be possessed by a jinn. A spiritual being made of fire, but nonhuman and very attractive. Religion in dreams can take on many forms, positive as well as negative. But all dreams are invitations to creativity.

What I like about this book is that it is very easy to read. Even though the subject matter that Bulkeley discusses is very scientific, he has the ability to talk about complex issues with ease and knowledge.
If you are a book lover like me, this book will give you so much titles of books that will go on your list for further study.
This is a wonderful oversight about contemporary knowledge of the science of dreaming, with religion as specific interest. And even if you are not interested in te topic of religion and dreaming, this book offers so many other insights into psychology, neurology and dream content analysis, it is well worth your money.

I missed a chapter on the neurology of religious dreams. Why did we, the human species, develop religion at such an early stage of our existence? (How) has the disappearance of religion affected our dreams? Are there ways to induce Big Dreams in our own lives or do we have to wait until we are in crises? And how do hormones play a role in religious dreaming? We know that women remember more dreams, and are more religious. than men. (How) are those two facts related? Maybe he already wrote about those questions in his book Dreaming in the World’s Religions: A comparative History. And if not, it will be a sublime subject for a next book.