Susan Greenfield takes you through the day and night of a male with a teenage son in an unhappy marriage. This sounds much more unattractive as it is. The unhappy marriage is a way to talk about depression. A mental disturbance that many people have nowadays. About 40 million Americans are depressed according to the ADAA, the Anxiety and Depression Association of America.

Ever since I have been interested in consciousness I have been told that it is impossible to select a certain brain section responsible for it. Susan Greenfield explains that consciousness consists of assemblies: “very large numbers of brain cells working together for just a fraction of a second” (page4). These assemblies are the ripples of the stone thrown into the lake. How large the stone is, how hard it is thrown, all the variables are discussed in the various chapters.

Consciousness in the dark

Susan Greenfield has been under a lot of criticism, ever since she pointed out that there both is an increase in autism and an increase of internet use. She is criticised for not researching this relationship scientifically, even though she has the resources to do so. But she says she is marching to her own drum. I don’t necessarily agree with her statement about autism, let me be clear about that. Gaming can enhance social insight because it let’s children practice all kinds of dangers. But just like Susan Greenfield her statement, this statement is not scientific, it is personal. Feel free to disagree with me.

The book attracted me because of the concept: to describe the processes in the brain used in events from day to day. Unlike Elizier Sternberg in Neurologic, who uses patients that have disorders in particular regions to deduct how a healthy brain works, Greenfield uses a wealth of research to guide us through the day. Each time trying to add ingredients to a shopping list of consciousness.

Can you imagine that I was a little bit disappointed when I did not find a finished shopping list in the last chapter? Consciousness remains a mystery: “You can’t use a knife of butter to cut butter. In other words: it will always be impossible for the brain to deconstruct itself” (p199).

You know me well enough to realise that I was not only attracted to this book because of the charming concept, but also because Susan Greenfield spends a whole chapter on the neurology of dreams. And it is indeed a yummy chapter!
She introduces the top down and bottom up approaches to dreaming.

“There are two ways to understand how perception works in the brain.
One way is called Bottom Up processing.

Imagine that you are outside and an insect flies near your face. Without thinking, you raise your hand and you scare it away.
This is bottom up processing… 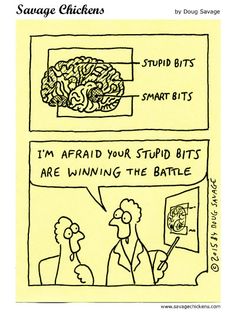 After explaining the basic views on perception and the brain she talks about the theory about dreaming that is widely accepted in the field: Allan Hobson and Friston’s theory about the mind as a virtual reality machine. She also discusses the link between dreaming and dopamine as we know it from Solms, and daydreaming as a form of dreaming, the neuro-cognitive approach in dreaming as we know it from Domhoff, even though she never mentions the names of the researchers, you can find them in the notes. Solms, Nir & Tononi, Hobson, Nielsen, Zadra, LaBerge, all the names we know and love.

Verdict: To buy or not to buy, that is the question