In an ideal world we would learn from the past and create a future that is based on the progress of science. Adolfo Plasencia talks with some of the biggest names in scientific research to shed more light on big questions like Is there a planet besides Earth where we could live on? What if robots became intelligent? and Are we able to touch the soul of Michelangelo?

Ideal World: Will Science save Humanity?

It is no surprise among lovers of mythology that one of the most modern mythological concepts is that science will safe humanity. In a lot of series you see a hacker that hacks into government and police data and gets the real villains arrested and the true heroes out of prison.

I think that the film the Matrix was the most explicit about it. In this film you saw both sides. The danger of a fully computerised world and how a hacker could turn this world aside so humanity could “wake up” to reality.

In Is the Universe a Hologram? And Other Questions. Scientists Answer the Most Provocative Questions revolves around three themes:

And almost all of the scientists interviewed have connections to MIT: the Massachusetts Institute of Technology. Its mission (I have copy pasted it from their website): “The mission of MIT is to advance knowledge and educate students in science, technology, and other areas of scholarship that will best serve the nation and the world in the 21st century”.

Adolfo Plasencia, Spanish presenter of Tecnópolis and blogger on science interviewed 33 people about these subjects. By transcribing those interviews in book – form, you get an easy digestible book that covers very interesting topics.

The first chapter of the book starts with an interesting discussion about the possibility of free will. The Western Culture assumes we act out of free will and therefore are accountable for our actions. This created a whole profitable range of Self help books ass well. But we like that idea. The comfortable thought that we determine our future.

Determinism is the believe that things follow laws, and are therefore predefined. Quantum mechanics challenges that idea:

“Usually when you observe something, we see that it exists and is well defined. Whenever we see a yellow object, we think that this is on ‘objective’ property the object has, which doesn’t depend on me. That is, when I am not watching it, the object still remains yellow. Now quantum physics, according to you, says, no: it says that some properties of the microscopic objects in the movement are not defined when they aren’t being observed and ably become defined when we watch it” (page 9).

Now that is a cliffhanger isn’t it? The book triggers your curiosity like that. You just want to know what people who understand much more of quantum mechanics as you and me do, say about the possibility of free will.

And what does the book say? That science does not know yet: “The fact that physiologically we still have not found and perhaps never will be able to see, evidence of free will and voluntary decision-making doesn’t mean that those things don’t exist” (page 277).

Of course there are many issues that are discussed in this first part of the book. How Moore’s law has come to an end. Moore’s law says that the number of transistors in a circuit doubles every two years.

How there is energy in a vacuum: the Casimir forces, how satellites help us to locate where we are and where we are headed, if there are other planets that facilitate human life.

Part two of Is the Universe a Hologram revolves around information. The world is filled with data. In 1987, when I went to University, my professors carefully explained that information is data that you attribute meaning to. And back than, there was already a worry that we as human beings were flooded with data.

In an ideal world you would only get the information you want to and be protected from data. Reading this book I found out that the brain works this way. A large part of the energy that the brain requires is used for inhibition. It means that the brain does not receive all data.

This part of the book focusses on the digital world we have created. Some use this world to escape the planet earth and create alter ego’s on social media. Other people come alive when using social media to connect with friends. Did you know for example that there are more smartphones that there are people on the planet?

Tim O’Reilly (yes, the guy of the open source software) describes the alchemy needed in the present between the knowledge  of the past and the expectations of the future.

“As I said earlier, i think chance is natural and good. And I think there is a stress in modern life from the pace of change, and certainly there are people throughout history who have looked back to times when in theory, at least, the world was more stable and peaceful. If you want to be stable and peaceful, you can opt out of a technology society. There is nothing stopping you from doing so. However, I actually think that the excitement of having come to grips with the future is a good thing. For me, it’s a fabulous intellectual challenge” (page 215).

So in the ideal world we embrace the new challenges technology produces. Are we as human beings up for that challenge? The next part of the book tries to answer that question.

I have to tell you dear reader that this part was my favourite part of the book. With my training as psychologist I drool when a chapter is searching for the I in the brain.

I always have the notion ether is a little I in my brain that guides me whenever my blood sugar is low (diabetic type 1). I can do crazy things but at certain point in time a voice in my head says: “You need to test your blood sugar level, because you are acting strange”.

Did you know that science can perform magic? In the chapter where Adolfo Plasencia talks with Alvaro Pascual-Leone he talks about Transcranial magnetic stimulation or TMS technique where the brain (an electricity device in our body) can be charged with electricity without opening the skull. 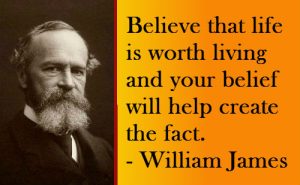 William James, the father of psychology is mentioned several times in the book as a source of inspiration. And dreams! Yes dreams are also mentioned. the Spanish researcher Javier Echeverria uses the analogy of Plato’s Cave to introduce the way that internet has changed reality.

“He discovered the binary number system some years previously during his correspondence with Joachim Bouvet, french Jesuit missionary who worked in China. They had sent him the I Ching, a system of symbols with various functions but which Leibniz realized had a strong formal relationship with his binary system” (page 317).

Javier Echeverria explains how not everything can be digitalized. He has tried working with dreams and even wrote a book about it:

“So digitilization is a mathematicization of everything intelligible?
On that, I have to say no. I’ll give you a very clear example of how digitisation does not mathematizice everything: so far it can not mathematize dreams. I tried to do it, many years ago in another book. Trying to mathemitize dreams was one of the things I’ve done in my life, but there are enormous difficulties. We all dream practically every day, but not all thought processes are digitizable, at least not yet” (page 318).

In the ideal world we could hook ourselves up to a dream-machine, record our dreams and look back in the morning. It will remain a utopia.

Pouring the content of this book in an interview format makes the content digestible and relatively easy to read.

It is a very informative and intelligent book about intelligence, consciousness, global warming, technology, matter an other things you and I are worried about.

You will learn a lot about a variety of interesting subjects, never a dull moment.

I like the mixture of technology, philosophy and psychology. This book has all the ingredients to become a classic, an encyclopaedia of the twenties of the twenty-first century,

Only three women are in this book. I am not certain why this decision was made. I think the female vision on problems facing the world today might make the world a better place. Female researchers deserve more than a contribution of merely 10 percent in this book.

The promotion of the MIT Institute becomes a little dreary from time to time.

The subjects of the book are not for everyone. A reader has to have an explicit hunger for knowledge about the alchemy between technology, its limits and how it can affect the world around us.

I felt that the title was a bit misleading: I had expected to learn much more about the Universe as a hologram: the idea that while the world seems to have three dimensions in reality there are only two.

Click here to buy Is the Universe a Hologram? and support Mindfunda.