Alhambra, the palace in Granada, is a book you can live in. There are poems everywhere… Alhambra is as magic as its name. Alhambra sounds like  a whisper of desire, filled with promises. But not all its promises were sweet.

The name Alhambra means the red castle. Legend has it that the Moorish King Al-hamar who build it, sold his soul to the devil.

In European Romanticism: Literary Cross-currents, Modes, and Models, Gerhart Hoffmeister tells: “Al-hamar could have only had his marvellous structure build through a Faustian pact with the fallen angel Azrael, also known as Azael.

A fantastic ride to the snow-covered peaks of the Sierra Nevada prepares Al-hamar’s soul for its conversion, because up there Azreal receives him in his castle in the air, a celestial residence in God’s kingdom. During his reception in heaven the terrestrial Alhambra, which he had built, is resurrected as a second, more beautiful and transparent work of mystical architecture.

We know this motif from the Faust folktale. In this story Faust sold his soul to the devil to gain knowledge. If you want something so bad that you want to do things that insult your own moral, you sell your soul.

It was also a warning of (the) God(s) that men could not control everything. Or as Rumpelstiltskin says in Once Upon a Time: “All Magic comes at a price, dearie” 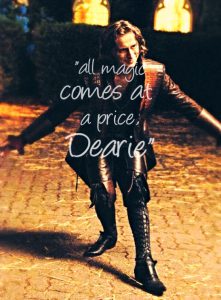 I have another tale to tell about Alhambra in the next paragraph. A tale that involves a crime of passion…

Alhambra: the Basin of Lions

“Melted silver flows through the pearls,
to which it resembles in its pure dawn beauty.
Apparently, water and marble seem to be one,
without letting us know which of them is flowing.
Don’t you see how the water spills on the basin,
but its spouts hide it immediately?”

This is part of the poem that can be found at the basin of the Lions. You can see those lions on the picture that illustrates this blog.

It is marvellous how the marble, as a symbol of the philosopher’s stone, is paired with water.

Standing there, I can tell you that being there was impressive. But there was also a sad energy there. Once upon a time there was a brutal murder of a whole family here…

Spanish historian Gilles Perez writes in his book “The Civil Wars of Granada: And the History of the Factions of the Zegries and Abencerrages, Two Noble Families of That City, to the Final Conquest by Ferdinand and Isabella” about the reign of Abou Abdoulah.

Under the reign of Abou Abdoulah, there was an influential family called Abencerrages. One of the rivals of this family had insinuated that the head of this family, Abin Hamet, was the lover of the queen. Outraged, Abou Abdoulah invited the family only to murder everyone who entered the Basin of the Lions.

You can imagine that the queen, who was falsely accused was not amused. Her husband managed to escape the wrath of the Abencerrages, but she was sentenced to be burned alive within thirty days unless she could produce four knights who would defend her.

And she, smart girl, managed to produce four knights who defended her honour. Abou Abdoulah escaped and never returned.

Walking around Alhambra gives you a chance to do many reality checks if you are a lucid dreamer. The building itself, all the work, the craftsmanship that is put into this, the art, it is a very inspiring visit. If you want to go there, make sure you book your ticket on time. It is only possible from the Spanish website of the Alhambra. They use a site called Ticketmaster, it is their system of online selling.

I bought a daytime ticket. We arrived at 11:00 am, and had entrance on 14:00 pm. This gave us plenty of time to enjoy the beautiful gardens. There is no need to buy an audio guide, you can download an app with the same information. And be aware that, as in any other very touristic environment, food and drinks are extremely expensive.

Do you have trouble remembering your dreams? Here is my ebook that can help you out: 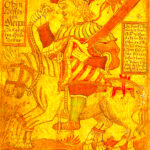 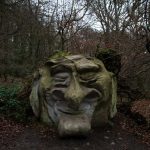 2 thoughts on “Alhambra: a whisper of desire, filled with promises.”