What are the best books on dreams in 2017? And my question to you: what are the most inspiring books about dreams you have never read? Let me know in the comments because I love to get inspired by new books.

You know I read a lot (I actually mean a LOT). I consider it to be a part of my self-development. I set aside at least one hour each day to immerse myself in the think-pattern of another human being. I taste it, feel it, play with it, sometimes get annoyed about it, sometimes it leaves me hungry for more…

Recently I sent out a mail to several people who I consider to be thought-leaders in their area of expertise, asking them to name me books that had inspired them.

“Let me think about that”, was the response I got from most of them. And a few actually mailed back some good books. And I will share them with you today.

Robert Waggoner,  Past president of Th International Association for the study of Dreams, co-editor of the online magazine The Lucid Dreaming Experience

Robert says:  “When a distinguished researcher and Professor emeritus of psychology writes a book on dreams that seem clairvoyant, telepathic or precognitive, and research studies that support this, I pay attention.  This is a fascinating, thoughtful and well-written look at what science often refuses to look at, the paranormal dream”.

“Have you ever had a dream about someone you have not seen or heard from in months or years – and then later the same day you actually run into this person, or they telephone or write? You have had a Heads-Up dream” (from the website Heads Up Dreaming).

Deirdre Barrett , Assistant Professor of Psychology at Harvard, past president of the International Association for the Study of Dreams mentions an article instead of best books on dreams.

This article describes the discovery of the “dream spot“.

In a research of 46 persons the difference in brain activity was measured while dreamers were experiencing dreams in Rem and Non Rem sleep. The article, published in Nature Neuroscience, shows that there is a change in activity in a certain part of the brain called ‘posterior cortical hot zone’. 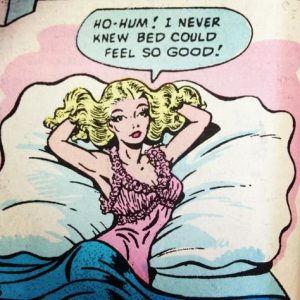 When waking people up while they had activity in that specific hot zone, no matter if the were in REM or in Non Rem sleep, they were experiencing dreams!

And what could even be more exciting: during wakefulness you also have similar activity in this dream spot. There is thin line between a blurry kind of wakefulness and dreams.

Now there is even more chance for scientists to resolve issues with insomnia or PTSD.

Stanley Krippner, Professor of Psychology on Saybrook University, known for his extensive knowledge of shamanism and mythology

told me that he is impressed and inspired by Kelly Bulkely’s book Big Dreams. In his eyes it is one of the best books on dreams.

Kelly Bulkeley pleads in this book to search for the so called Big Dreams. Those dreams that make a lasting impression and that chance your life.

Dream databases are filled with what I call “HTK’s”: House, Town and Kitchen Dreams. Ordinary dreams. And he wants us, but most of all other researchers to collect and research those big, life changing dreams and analyse them so we can draw conclusions about us, human beings a dreaming species.

Elaine Mansfield, Jungian author and inspirational blogger, who often gets inspired by dreams mentions a dream classic we all know as being the best book on dreams. This book has been on my bedside table for quite a while.

“I’ve done lots of dreamwork with Jungian analyst Robert Bosnak. I’ve also done trauma and healing work with him. His technique of connecting the dreamer deeply with the sensory dream images and embodying the images (rather than interpreting) transforms me every time.

My favorite book of his is not new, but I listed it below. I love his technique of Embodied Imagination because you don’t have to be an expert to help a friend or partner with a dream—although it helps to be skilled. It’s about asking questions, slowing down the waking mind, and illuminating the images. Being with the dream. Bosnak’s technique was important in my marriage because it allowed us to do deep work together without stepping on each other’s dream toes”.

Bosnak has been an inspiration for me as well. If I had not been married, I would have sold all my stuff, and gone to America, to start working in his Santa Barbara Healing centre.  Even if he had not paid me (don’t tell him about this, because I like earning enough money to pay my bills), I would have helped and stayed around just as long for him to say: “Hey, that girl needs a job her, let’s sign her up, she’s doing good stuff”.

Another one of his books, the one that changed my way of working with dreams is Tracks in the Wilderness of Dreaming. What this book did for me was to make me aware that there are themes in dreams. Themes that evolve. And that you can  use dreams to carefully monitor how, and if you are changing. Now I have been never cutting up my dreams in words like he suggests but I always like creative suggestions. If you like dreams you’re going to love Tracks in the Wilderness and all the new ideas it has to offer (yes I know the book isn’t exactly new, but the creative ideas within it are timeless).

The Dutch Dreaming Society VSD has a president called John van Rouwendaal. (Did you know we might get another dream conference in the Netherlands in 2019? As we speak (or read) John is making calls, sending emails and coming up with new and creative ideas to make this one of the best conferences ever).

John mentions this as being one of his best books on dreams: Avision the Way of the Dream. “This book was suggested to me on the last Dutch Dream Conference in Rolduc. I have read it and it was very inspiring” he tells me in his mail.

The author, Anthony Lunt was an advanced student of the psychiatrist R.D.Laing. Laing viewed mental illness as a shamanic process. Quoted from Wikipedia: “For Laing, mental illness could be a transformative episode whereby the process of undergoing mental distress was compared to a shamanic journey”. Anthony’s wife Anna received dreams that she interpreted as an ongoing educational process.

Another inspiring book that John mentions is Dreamtime, an aboriginal Odyssey by Nigel Clayton.

It’s a story about myths and legends  about Aboriginal society. It’s only 61 pages and it sounds really like something I would enjoy very much. I might be tempted to buy it and write something about it for Mindfunda.

I doubted a long time if I would put myself on this list. I know I read a lot, but I am not famous. I do have you, my dear reader who follows me on my path to wisdom and self discovery. So I decided to add myself to the list, in the humble position of being the last one.

One of my definitions of an inspiring book is that you pick it up to read (parts of) it again.  For Mindfunda, I usually review semi-scientific dream books. One of my new favourite best books on dreams is Joseph Campbell’s The Mythic Dimension

On page 207 (but the rest of the book is also fascinating) Campbell describes the process of kundalini in its ascending phases. I shave read Campbell’s analysis of the energy between Freud and Jung with the enthusiasm of a trembling virgin…

I had always heard that Campbell and Jung did not really get along, but this book sketches another vision.

Besides Jung and Freud, (there are Dream enthusiasts who get real tired about the Freud-Jung thing, even though in my eyes the Jung Freud paradigm represents the science – mythology paradox par excellence. Freud being the “scientific” one who was always out for reason. Jung, the spiritual one, who battled against the role of scientist), this book is filled with stories and mythologies that will make your hungry heart sing.

I have been reading it, bit by bit, for quite some time now.  It’s pleasant and remarkable. Let me give a quote, about Palmer, an artist/publicist of strip science fiction books:

“Palmer’s first published story, “The Time Ray of Sandra’ in Science Wonder Stories was a classic example of the mytheme of Orientation, that is, it was a time travel story that involved a lost civilisation. He based the details of the landscape he wrote about on one of his many dreams (he claimed he dreamed every night and could remember his dreams in great detail), only to get a letter from a field guide in Africa who had just published a story and was certain the writer was one of the few people whom he had personally guided up the mouth of a river on the Atlantic coast of southwest Africa: the details were all precise. The guide simply did not believe Palmer when the teenager wrote back and confessed he had never been to Africa… If I the dreaming was true, why not the imaging? (page 97)

I promise that I will write a Mindfunda blog about it. I hope you enjoyed my blog, feel free to share and comment: tell me about your favorite books.